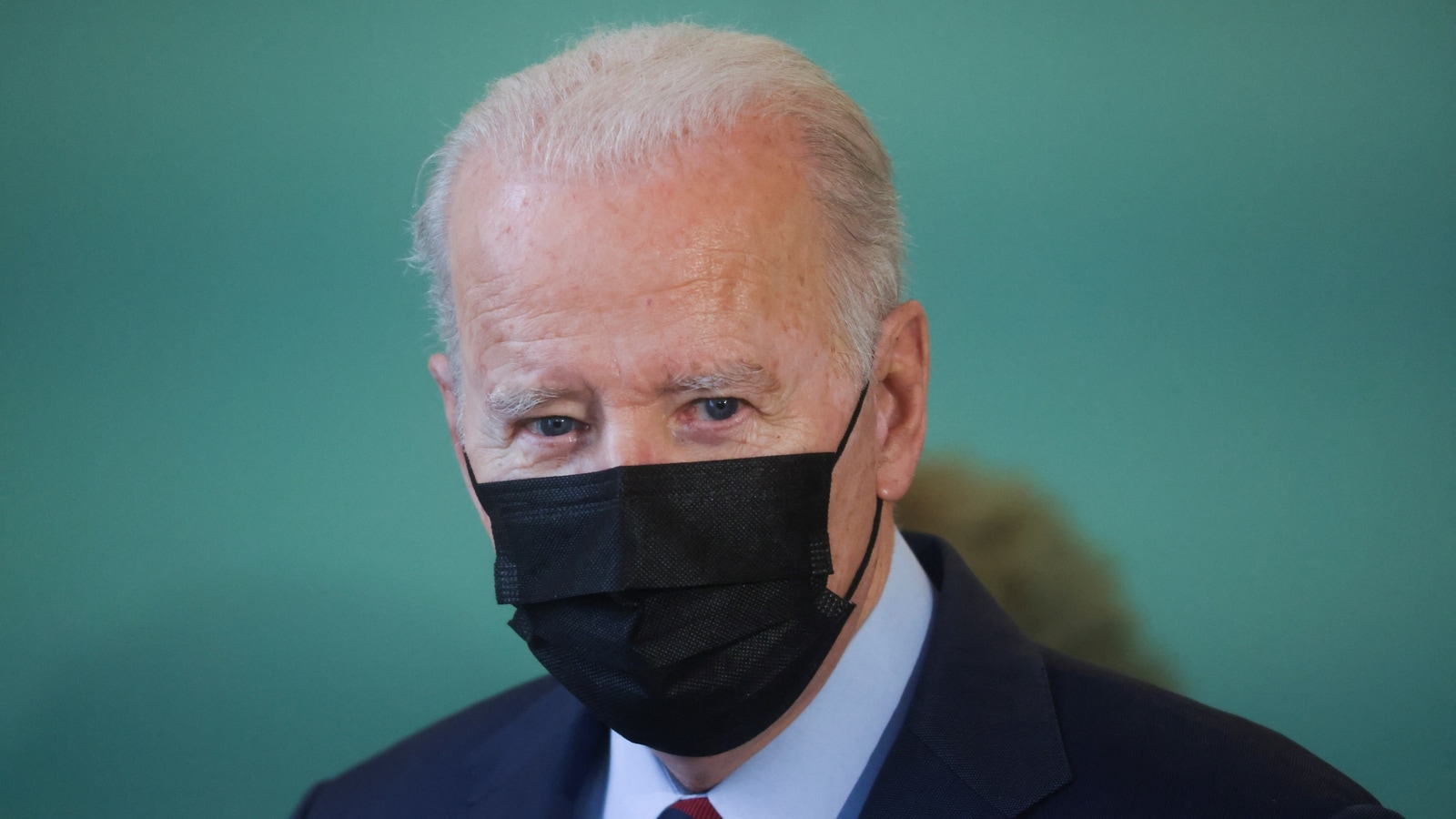 Tension appeared to be increasing, with the White House saying the risk of a Russian invasion of Ukraine “remains imminent.”

Warning that would prompt “enormous consequences” and even “change the world,” President Joe Biden said he would consider adding direct sanctions on Putin to a raft of measures being drawn up.

“Yes. I would see that,” Biden said when asked by reporters in Washington about targeting Putin, whom opponents have long accused of holding gigantic, secret wealth.

A senior US official laid out economic sanctions “with massive consequences” that go far beyond previous measures implemented in 2014 after Russia invaded Ukraine’s Crimea region.

New measures would include restrictions on exports of high-tech US equipment in the artificial intelligence, quantum computing and aerospace sectors, the official told reporters on condition of anonymity.

“What we’re talking about are sophisticated technologies that we design and produce,” and cutting them off would hit Putin’s “strategic ambitions to industrialize his economy quite hard,” the official said.

British Prime Minister Boris Johnson echoed the threat, saying sanctions would be “heavier than anything we’ve ever done.”

French President Emmanuel Macron said he would talk by telephone with Putin on Friday, seeking “clarification” on Moscow’s intentions.

A day after Washington said it was putting 8,500 US troops on alert for possible deployment to bolster NATO forces in Europe, the Russian military announced it was conducting new drills involving 6,000 troops near Ukraine and within the Crimea region.

According to Western officials, the Kremlin has already deployed more than 100,000 troops on Ukraine’s borders, with reinforcements arriving from all over Russia.

Washington also warned Russia ally Belarus that its authoritarian government would “face a swift and decisive response” if it helps Moscow invade Ukraine.

“If an invasion were to proceed from Belarus, if Russian troops were to permanently station on their territory, NATO could well have to reassess our own force posture in the countries that border Belarus,” State Department spokesman Ned Price told reporters.

The United States and its EU allies accuse Russia of seeking to upend European stability by threatening invasion of Ukraine, a former Soviet republic striving to join NATO and other Western institutions.

Moscow denies plans to invade the country, where in addition to seizing Crimea, it backs separatist forces in the east.

Russia instead blames the West for the tension and has put forward a list of demands, including a guarantee that Ukraine never join NATO and that NATO forces already in the former Soviet bloc pull back.

The senior US official said “contingency” plans were being drawn up to get Europe through the winter in case of Russia squeezing energy supplies.

Washington and its European allies are scouring global markets for alternative energy sources, even as Europe already struggles with soaring mid-winter energy prices.

“If Russia decides to weaponize its supply of natural gas or crude oil, it wouldn’t be without consequences to the Russian economy,” the US official told reporters.

Although the European Union sources about 40 percent of its supply from Russia, Moscow also relies heavily on sales of energy, meaning “it’s an interdependency,” the official said.

Negotiations this month have failed to ease tensions, though Washington and Moscow have agreed to keep talking.

In addition to the Macron-Putin talks later, the French government said Russian and Ukrainian officials would meet, along with French and German counterparts, in Paris on Wednesday.

Washington has promised written answers to Moscow’s demands this week, while already making clear that it rejects giving Russia a veto on Ukraine joining NATO.

But the crisis has laid bare divisions in the West.

The new government in Germany has faced criticism from Kyiv over its refusal to send defensive weapons to Ukraine, as well as hesitating over one of the harshest economic sanctions under discussion — cutting Moscow from the global SWIFT payments system.

Ukraine’s military is heavily outgunned by Russia and Biden repeated that he has “no intention of putting American forces or NATO forces in Ukraine.”

However, the United States has stepped up deliveries of weapons. A shipment arrived on Saturday and another batch was due Tuesday.

At a ceremony for the latest shipment arriving in Kyiv, US charge d’affaires Kristina Kvien said “our preference is diplomacy.”

But in case of attack by Russia, “the Kremlin will face fierce resistance, the losses to Russia will be heavy.”

“If President Putin decides to make this reckless choice, we will provide additional defensive material to the Ukrainians above and beyond what we’ve already sent,” she said.