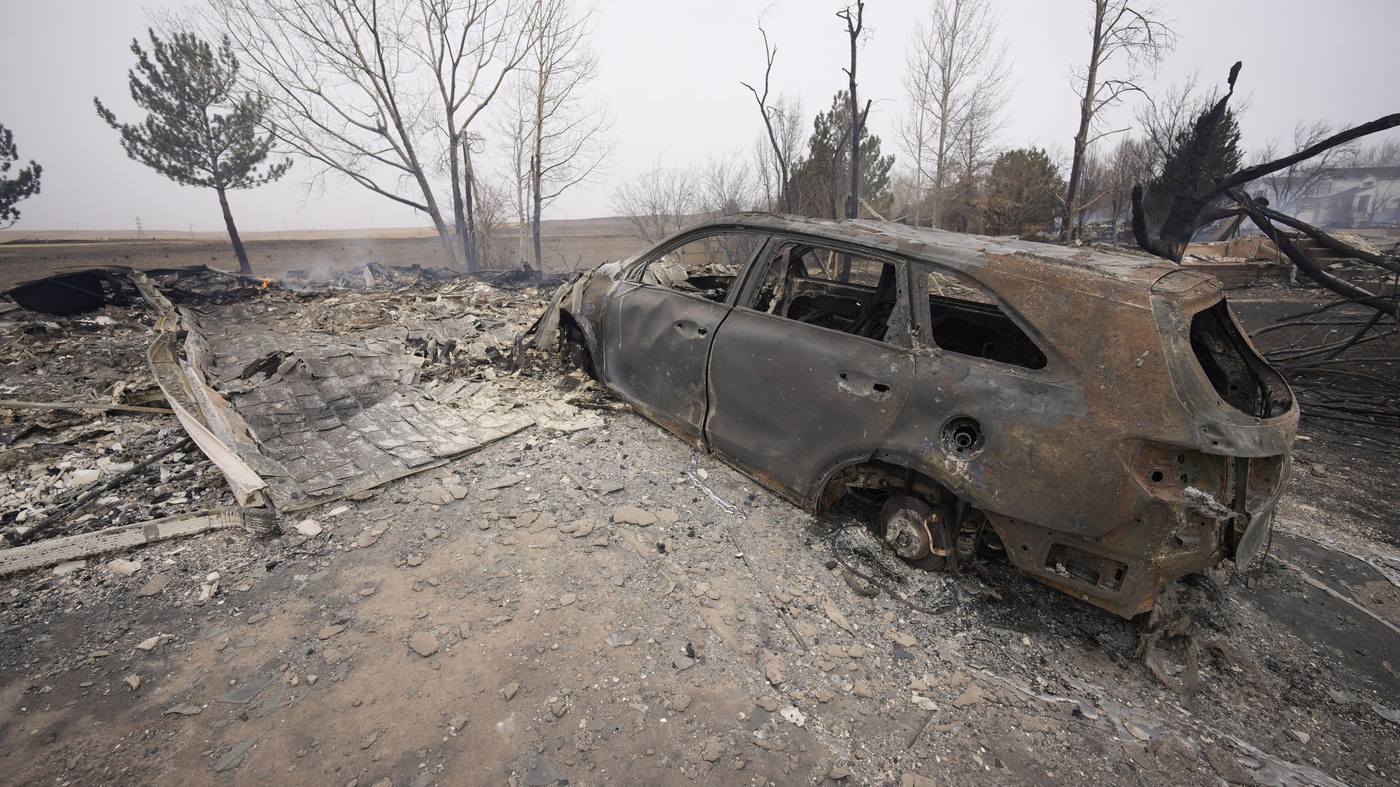 Damage to homes burned by wildfires after they ripped through a development are shown Friday in Superior, Colo.

Damage to homes burned by wildfires after they ripped through a development are shown Friday in Superior, Colo.

Urban wildfires north of Denver that spread in what Gov. Jared Polis called “the blink of an eye” and destroyed at least 500 homes, are largely contained.

That’s according to local and state officials who spoke at a Friday morning briefing.

There are no reports of fatalities from the wind-whipped blazes that burned an estimated 6,000 acres in Boulder County.

“There are still areas burning inside the fire zone, around homes and shrubbery,” said Boulder County Sheriff Joe Pelle, “but we’re not expecting to see any growth in the fire.”

Pelle said the snowfall that’s begun in the area “will certainly help our efforts.”

Colorado Gov. Jared Polis flew over the affected areas Friday morning and described what he called fires that “hit close to home for so many of us.”

“This wasn’t a wildfire in the forest,” he said. “It was a suburban and urban fire that was a disaster in fast motion [happening] in course of half a day.”

The speed and intensity of the blazes was caused by a mix of dry conditions due to months of drought and winds gusting to over 100 mph.

“Many families [had] minutes to get whatever they could, their pets, their kids into the car and leave,” Polis said. “The last 24 hours have been devastating, [but] we might have our very own New Year’s miracle on our hands if it holds up that there was no loss of life.”

Pelle said “it’s all a good guess right now” as to how many homes were destroyed.

“I would estimate it’s going to be at least 500 homes,” he said. “I would not be surprised if it’s a thousand.”

Tens of thousands of people were evacuated. Polis said temporary emergency shelters are housing “about 200 people,” while many others sought refuge with friends or in other areas.

Pelle said he knows that residents want to return to their homes “as soon as possible to assess damage.” But, he said, “in many of those neighborhoods that are currently blocked off, it’s still too dangerous to return.

“We saw still active fire in many places this morning, we saw downed powerlines. We saw a lot of risk that we’re still trying to mitigate,” he said.

“We’re investigating anything we find out there,” he said.