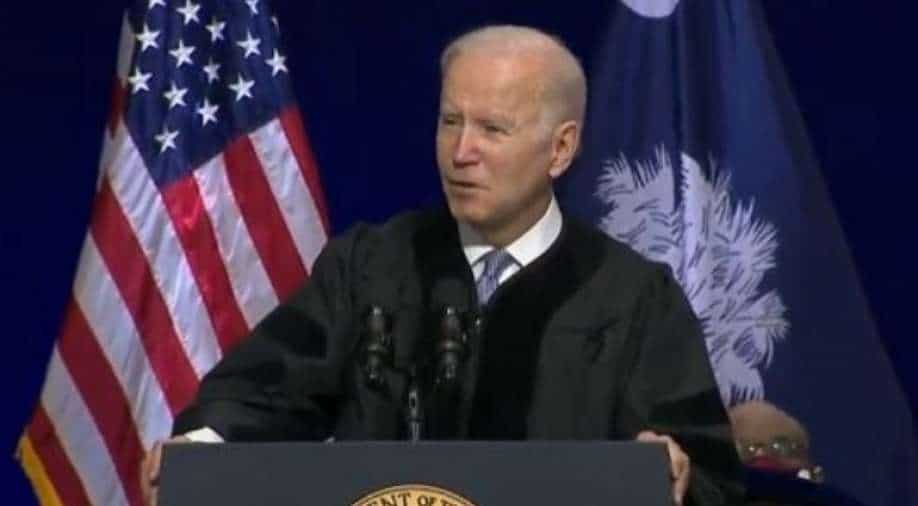 United States President Joe Biden has warned of a “distinct possibility” of Russian invasion on Ukraine next month, the White House officials have said.

The US president made the comments during a telephone conversation with Ukrainian President Volodymyr Zelensky on Thursday.

“President Biden said that there is a distinct possibility that the Russians could invade Ukraine in February,” White House National Security Council spokesperson Emily Horne said.

“He has said this publicly and we have been warning about this for months.”

The president’s warning comes hours after Russia sounded a grim tone saying that it saw “little ground for optimism” in resolving the crisis after the US this week again rejected Moscow’s security demands.

During their talk, Biden is said to have “reaffirmed the readiness of the United States along with its allies and partners to respond decisively if Russia further invades Ukraine,” a White House statement said.

Zelensky said they “discussed recent diplomatic efforts on de-escalation and agreed on joint actions for the future”.

The West has repeatedly claimed that Russia has amassed thousands of troops along the Ukraine border in recent weeks and warned of a potential invasion.

Some western countries have threatened to impose economic sanctions on Russia if the invasion takes place.

However, countries like Germany and the UK have expressed concern over Kremin retaliating with cutting off gas supplies.

Also on Thursday, the US threatened to halt the opening of a key pipeline that would send Russian gas to Western Europe if Russia invades Ukraine.

Nord Stream 2 would run from Russia to Germany, and on Thursday officials in Berlin said the project could face sanctions if Russia attacks.