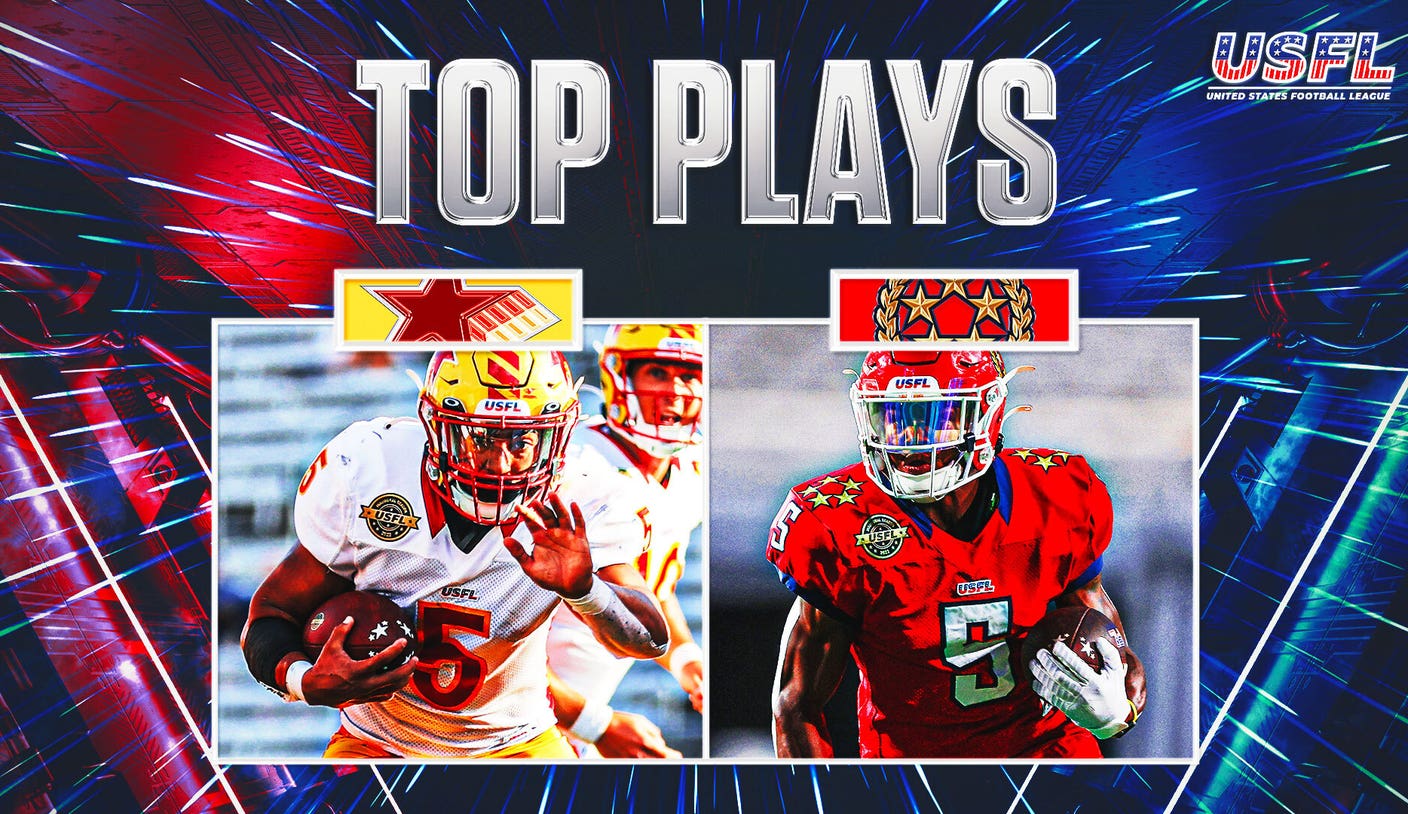 The 10th and final week of the inaugural USFL season kicks off Saturday with a matchup between the Philadelphia Stars (6-3) and the New Jersey Generals (8-1) at Legion Field in Birmingham, Alabama.

It’s a preview of what’s to come in next weekend’s playoffs hosted at Tom Benson Hall of Fame Stadium in Canton, Ohio, where the North’s top-seeded Generals will meet the No. 2 seed Stars on the field once again.

New Jersey wasted very little time getting on the board in the first quarter.

The Generals broke through just over a minute into the game, when Trey Williams busted into the secondary untouched, and outran Philly’s defense for a 61-yard TD.

The Generals struck again with two minutes to play in the first, capping a 13-play, 90-yard drive with a stellar pitch-and-catch from Luis Perez to Alonzo Moore to take a 14-3 lead.

And the celebration was just as good as the play.

Philadelphia began to find its rhythm near the end of the first half, as Case Cookus found a wide open Bug Howard for one of the biggest plays of the game.

The play helped key Philly’s first TD of the day, as Cookus went top shelf to Jordan Suell to bring the Stars within four as the first half closed.

The Stars’ momentum seeped into the second half, and they found the end zone again, this time on a screen to Chris Rowland, which was keyed by a pretty block from C.J. Perez. The TD helped the squad take a 17-14 lead.

Philadelphia quarterback Case Cookus hits receiver Chris Rowland with the 19-yard screen pass for the touchdown, and the Stars take the lead early in the third quarter.

Nose for the end zone

N.J. recaptured the lead midway through the third quarter, going up 20-17 courtesy of a quick strike from Perez to Darius Victor, who clarified his measurements for the fans after the big play.