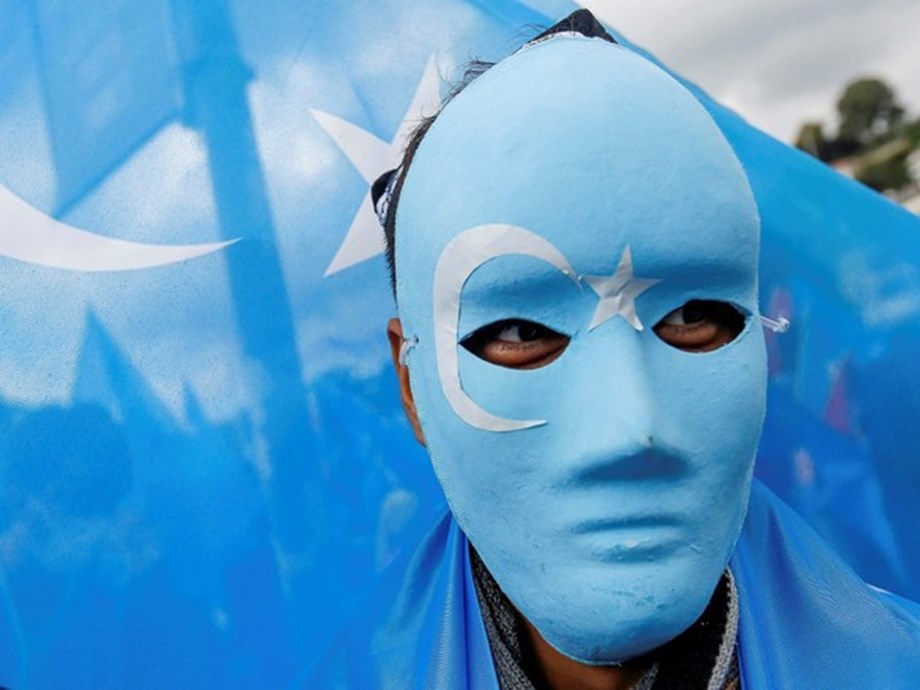 Nearly one in 25 people in a county in the Uyghur heartland of China has been sentenced to prison on terrorism-related charges, in what is the highest known imprisonment rate in the world, an Associated Press review of leaked data shows.

A list obtained and partially verified by the AP cites the names of more than 10,000 Uyghurs sent to prison in just Konasheher county alone, one of the dozens in southern Xinjiang. In recent years, China has waged a brutal crackdown on the Uyghurs, a largely Muslim minority, which it has described as a war on terror.

The list is by far the biggest to emerge to date with the names of imprisoned Uyghurs, reflecting the sheer size of a Chinese government campaign that swept an estimated million or more people into internment camps and prisons.

It also confirms what families and rights groups have said for years: China is relying on a system of long-term incarceration to keep the Uyghurs in check, wielding the law as a weapon of repression.

Under searing international criticism, Chinese officials announced the closure in 2019 of short-term, extrajudicial internment camps where Uyghurs were thrown in without charges. However, although attention focused on the camps, thousands of Uyghurs still languish for years or even decades in prison on what experts say are trumped-up charges of terrorism.

Uyghur farmer Rozikari Tohti was known as a soft-spoken, family-loving man with three children and not the slightest interest in religion. So his cousin, Mihrigul Musa, was shocked to discover Tohti had been thrown into prison for five years for “religious extremism”.

“Never did I think he would be arrested,” said Musa, who now lives in exile in Norway. “If you saw him, you would feel the same way. He is so earnest.” From the list, Musa found out Tohti’s younger brother Ablikim Tohti also was sentenced to seven years on charges of “gathering the public to disturb social order.” Tohti’s next-door neighbor, a farmer called Nurmemet Dawut, was sentenced to 11 years on the same charges as well as “picking quarrels and provoking troubles”.

Konasheher county is typical of rural southern Xinjiang, and more than 267,000 people live there. The prison sentences across the county were for two to 25 years, with an average of nine years, the list shows. While the people on the list were mostly arrested in 2017, according to Uyghurs in exile, their sentences are so long that the vast majority would still be in prison.

Those swept up came from all walks of life and included men, women, young people, and the elderly. They had only one thing in common: They were all Uyghurs.

Experts say it clearly shows people were targeted simply for being Uyghur – a conclusion vehemently denied by Chinese authorities. Xinjiang spokesman Elijan Anayat said sentences were carried out by the law.

“We will never specifically target specific regions, ethnic groups, religions, much less the Uyghurs,” Anayat said. “We will never wrong the good, nor release the bad.” The list was obtained by Xinjiang scholar Gene Bunin from an anonymous source who described themselves as a member of China’s Han Chinese majority “opposed to the Chinese government’s policies in Xinjiang.” It was passed to the AP by Abduweli Ayup, an exiled Uyghur linguist in Norway.

The AP authenticated it through interviews with eight Uyghurs who recognized 194 people on the list, as well as legal notices, recordings of phone calls with Chinese officials, and checks of address, birthdays, and identity numbers.

The list does not include people with typical criminal charges such as homicide or theft. Rather, it focuses on offenses related to terrorism, religious extremism, or vague charges traditionally used against political dissidents, such as “picking quarrels and provoking troubles.” This means the true number of people imprisoned is almost certainly higher.

Darren Byler, an expert on Xinjiang’s mass incarceration system, said most arrests were arbitrary and outside the law, with people detained for having relatives abroad or downloading certain cell phone applications.

“It is remarkable,” Byler said. “In no other location have we seen entire populations of people be described as terrorists or seen as terrorists.” The crackdown kicked into high gear in 2017, after a string of knifings and bombings by a small handful of Uyghur militants. The Chinese government defended the mass detentions as both lawful and necessary to combat terrorism.

In 2019, Xinjiang officials declared the short-term detention camps closed and said that all of whom they described as “trainees” had “graduated”. Visits by Associated Press journalists to four former campsites confirm that they were shuttered or converted into other facilities.

But the prisons remain. Xinjiang went on a prison-building spree in tandem with the crackdown, and even as the camps closed, the prisons expanded. At least a few campsites were converted into centers for incarceration.

China is using the law “as a fig leaf of legality” in part to try and deflect international criticism about holding Uyghurs, said Jeremy Daum, a criminal law expert at Yale University’s Paul Tsai China Centre.

Abdul Ayup, the Uyghur exile who passed the list to the AP, has closely documented the ongoing repression of his community. But this list, in particular, floored him: On it was neighbors, a cousin, and a high school teacher.

“I had collapsed,” Ayup said. “I had told other people’s stories…and now this is me telling my own story from my childhood.” The widely-admired teacher, Adil Tursun, was the only one in the high school in Toquzaq who could teach Uyghur students in Chinese. He was a Communist Party member, and every year his students had the best chemistry test scores in the town.

The names of Tursun and others on the list made no sense to Ayup because they were considered model Uyghurs.

“The names of the crimes, spreading extremist thoughts, separatism…these charges are absurd,” he said.