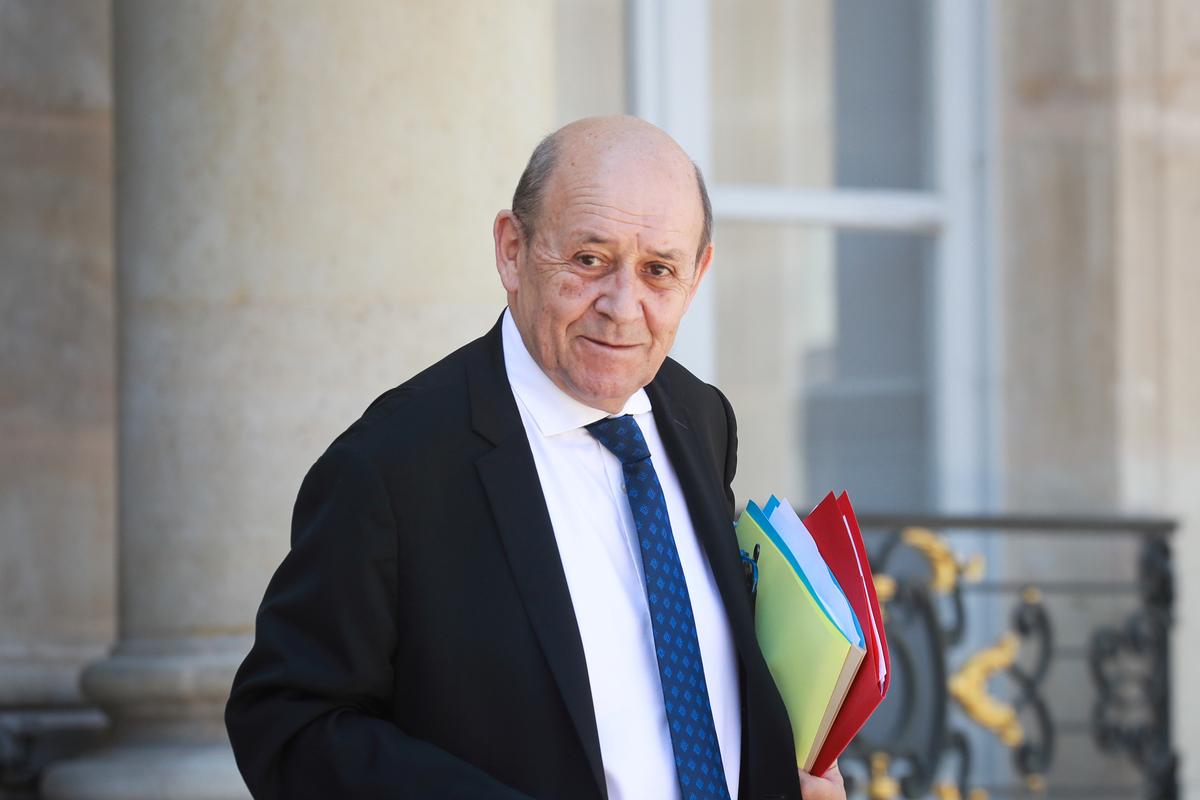 PARIS (Reuters) – Violence against peaceful protesters and journalists is unacceptable, whether in the United States or elsewhere, France’s foreign minister Jean-Yves Le Drian said in a newspaper interview published on Sunday.

Asked about protests and rioting that have swept across U.S. cities since the death of unarmed black man George Floyd in police custody in Minneapolis, Le Drian told Le Telegramme that it was necessary to let people demonstrate freely.

“Any act of violence committed against peaceful protesters or journalists is unacceptable, in the United States or elsewhere,” he told the Brittany regional newspaper.

Video footage showing Floyd lying face down on a Minneapolis street on May 25 as a white police officer knelt on his neck for nearly nine minutes caused outrage. Protests sometimes marked by looting drew a strong response from police in some U.S. cities.

Uproar caused by Floyd’s death has spread to other parts of the world, including in France where hundreds defied a police ban to demonstrate near the U.S. embassy in Paris on Saturday.

Le Drian, who is from the coastal region of Brittany, also reiterated France’s determination to defend access to British waters for French fisherman during talks over Britain’s future relationship with the European Union.

Fisheries is among the thorniest issues in the slow-moving negotiations to establish new ties between Britain and the EU since the British exit from the bloc earlier this year.

“There is a major issue: the access for our fishermen to British waters in conditions that are as close as possible to the existing ones,” Le Drian said.

“And I can assure you that I will be make sure that London guarantees them visibility, continuity in technical standards and the access they need.”