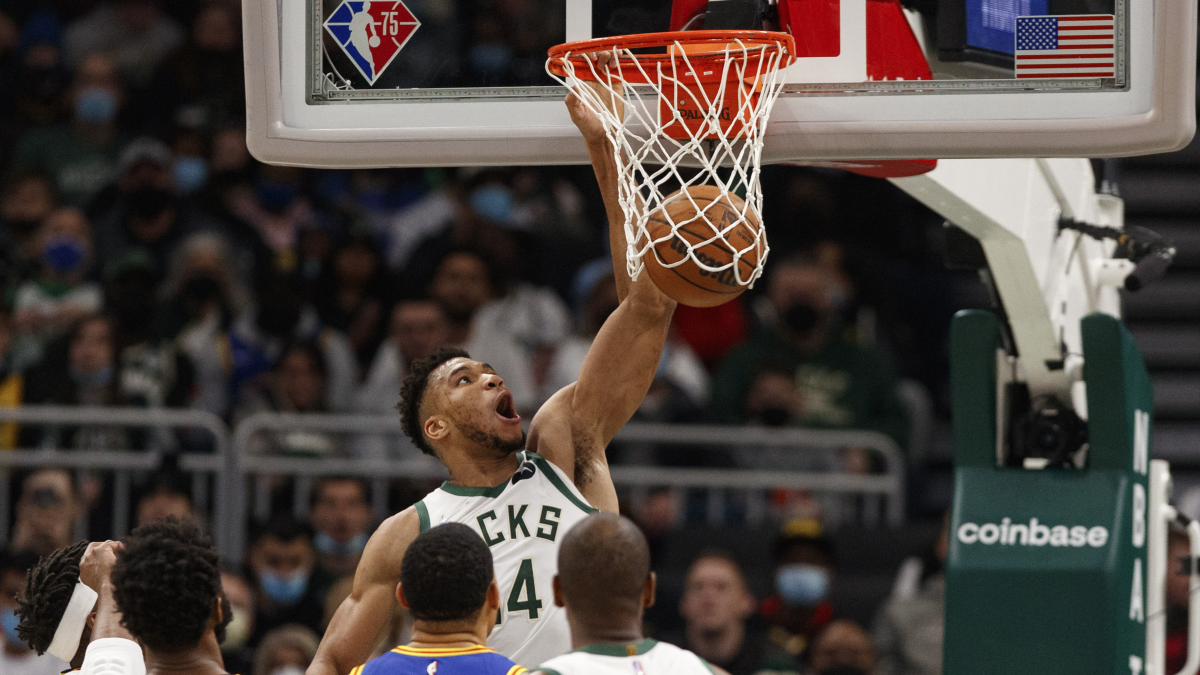 When the Warriors and Bucks took the court inside Fiserv Forum, it was slated as a potential NBA Finals meeting and a battle between two candidates in the current MVP conversation.

But on Thursday night, the Bucks were the team with big smiles, sharp shooting and celebrations on the court, much like the normal behavior of Warriors star Steph Curry.

Milwaukee led Golden State 77–38 after two quarters, the largest halftime deficit that the franchise has faced since it to California in the 1962-63 season.

Instead of Curry shimmying on the court in celebration, it was Giannis Antetokounmpo and Bobby Portis, who hit a three-pointer at the buzzer for the Bucks heading into halftime. Antetokounmpo and Portis combined for 40 points in the half, more than the entire Warriors squad.

Milwaukee shot 63% from the floor in the first half and continued its dominance, shooting 51.2% in the game as the Bucks won 118–99. Antetokounmpo, who recorded his third triple-double this season, finished the game with 30 points, 12 rebounds and 11 assists, tying Michael Jordan for 18th all-time in triple-doubles with 28.