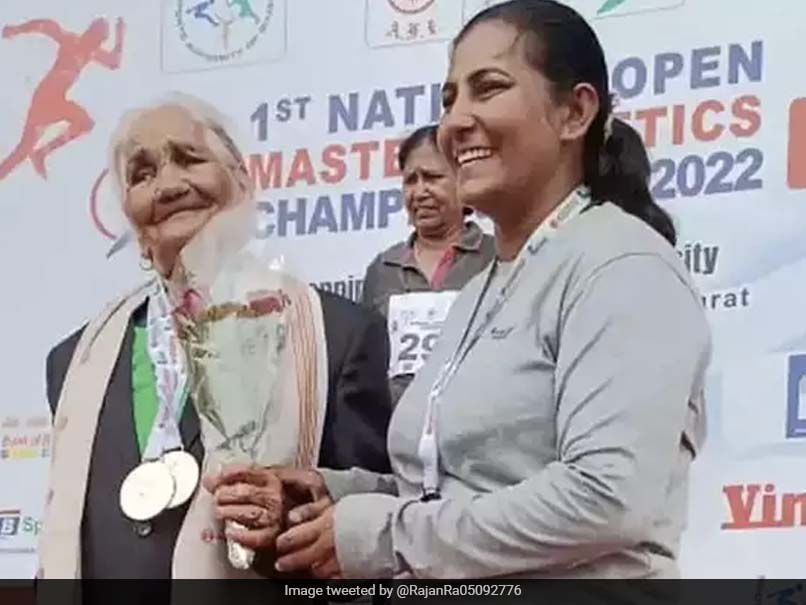 45.40 seconds that’s what it took for the 105-year-old Rambai to beat all odds and set a new record in 100m at the inaugural National Open Masters Athletics Championships — conducted by the Athletics Federation of India — that concluded in Vadodara. The inspirational Rambai had participated in the above-100 category but finished up running the race alone, due to a lack of candidates in the category.

While winning in the competition she broke the record of 101-year-old Maan Kaur who garnered fame after winning gold in 100m in 74 seconds at the World Masters meet. With 45.40 seconds, a Haryana woman has now set a new record in the 100m.

Rambai’s granddaughter Sharmila said that the centurion is quite careful about what she eats. She mentioned that Rambai is a consume lot of ghee and curd daily. “She also drinks pure milk twice a day and consumes a lot of ghee. She doesn’t eat much rice,” Sharmila added.

“She started his athletic career in 2021. Before that we did not even know that there is a senior citizens race category,” she further added.

“It’s a great feeling and I want to race again,” said a delighted Rambai.