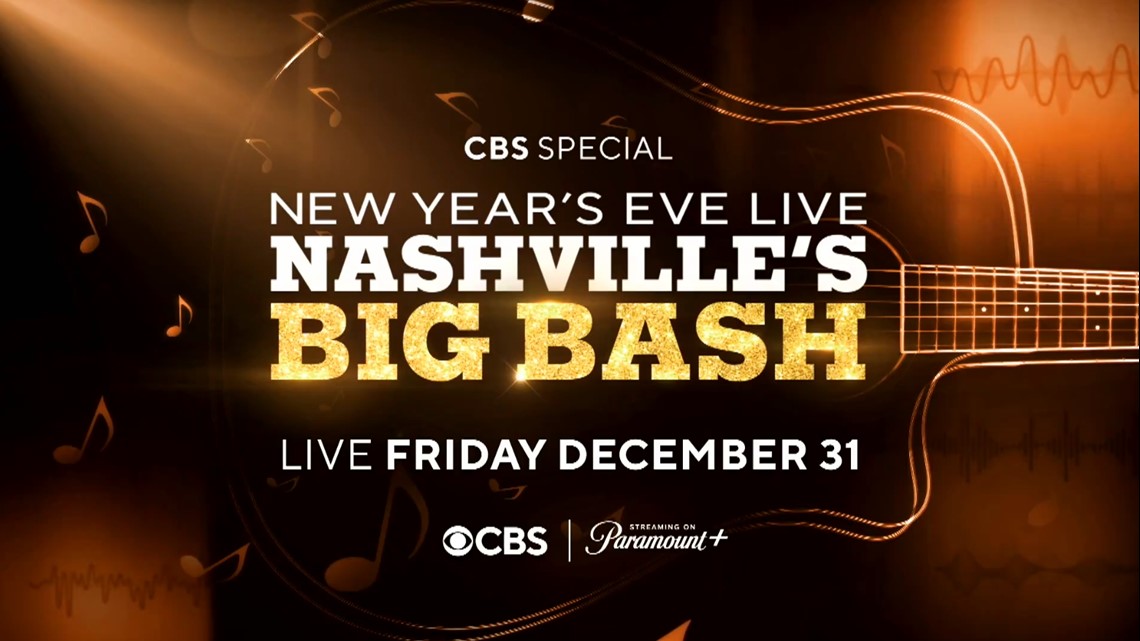 A star-studded CBS entertainment special hosted by Bobby Bones and co-hosted by Entertainment Tonight’s Rachel Smith will ring in the New Year.

“I’m so excited to celebrate and host New Year’s Eve this year right down the street from my house, with so many of my friends who have great performances planned,” Bones said. “I can’t wait to show America how special Nashville is.”

“I am over the moon to co-host NEW YEAR’S EVE LIVE from Nashville,” Smith said. “I get to hang with the hottest acts in country music, some I’m lucky enough to call friends, on New Year’s Eve in my hometown! Sign me up!”

Radio and TV personality Bobby Bones is the host of the nationally syndicated iHeartRadio program “The Bobby Bones Show,” which broadcasts to over 185 stations and is the #1 country morning show with millions of monthly listeners. The award-winning show is a two-time CMA Award winner and four-time ACM Award winner, and earned Bones the title of youngest-ever inductee into the prestigious National Radio Hall of Fame. His breakout TV series for National Geographic, “Breaking Bobby Bones,” is streaming now on Disney+. He has served as the official in-house mentor on ABC’s “American Idol,” he won season 27 of ABC’s “Dancing with the Stars,” and he serves as host and executive producer of Circle Network’s “Opry.” The fan-favorite podcast “BobbyCast,” which features candid long-form interviews with top artists and industry figures, has been downloaded nearly 20 million times. Bones is also a two-time New York Times #1 bestselling author, touring stand-up comedian and philanthropist.

Rachel Smith joined the top-rated, Emmy® Award-winning entertainment newsmagazine ENTERTAINMENT TONIGHT, as a New York-based correspondent for the show’s 39th season. Recently, Smith served as a guest correspondent for ET, where she’s interviewed the likes of Rihanna, Ryan Seacrest, Kelly Ripa, Kim Kardashian West, Dua Lipa, Katy Perry, Luke Bryan and Lionel Richie. Smith is perhaps best known for hosting the ABC syndicated weekly series “On the Red Carpet,” and as a correspondent for both ABC’s “Good Morning America” and “Nightline.” She was crowned Miss USA 2007 and went on to represent the United States at Miss Universe 2007, where she placed 4th runner-up.

Additional performers and information will be announced at a later date.

NEW YEAR’S EVE LIVE: NASHVILLE’S BIG BASH is executive produced by Robert Deaton and Mary Hilliard Harrington in partnership with the Nashville Convention and Visitors Corp. The special will be directed by Sandra Restrepo.

WUSA9 is now on Roku and Amazon Fire TVs. Download the apps today for live newscasts and video on demand.

Download the WUSA9 app to get breaking news, weather and important stories at your fingertips.