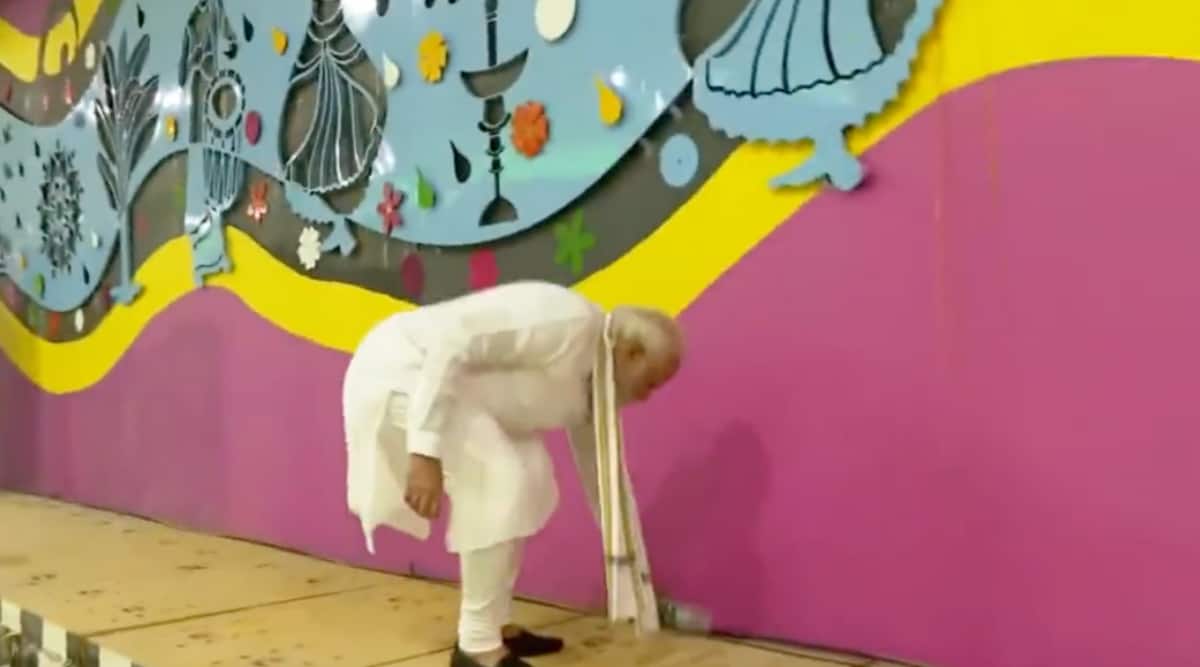 In the video shared by news agency ANI, PM Modi is seen picking up a discarded water bottle and other pieces of trash with his hands while he inspected the tunnel. The tunnel is open for the public from today.

The Pragati Maidan Integrated Transit Corridor project has been built at a cost of more than Rs 920 crore and is entirely funded by the central government. It is aimed at providing hassle-free and smooth access to the new world-class exhibition and convention centre being developed at Pragati Maidan to facilitate easy participation of exhibitors and visitors in the programmes being held there.

Speaking after inaugurating the main tunnel and five underpasses of the Pragati Maidan Integrated Transit Corridor project here, Modi cited a number of initiatives, including Eastern and Western Peripheral Expressways, more than doubling of metro tracks in Delhi-NCR and the Delhi-Meerut highway, among other things, as steps taken by his government to solve the region’s problems.

Delhi has received a beautiful infrastructure gift from the central government, the Modi said after inaugurating the project. He noted that the project will help save 55 lakh litres of fuel and cut down pollution. Modi said his government looks at increasing urbanisation as an opportunity and has been working to boost ease of living for the people.