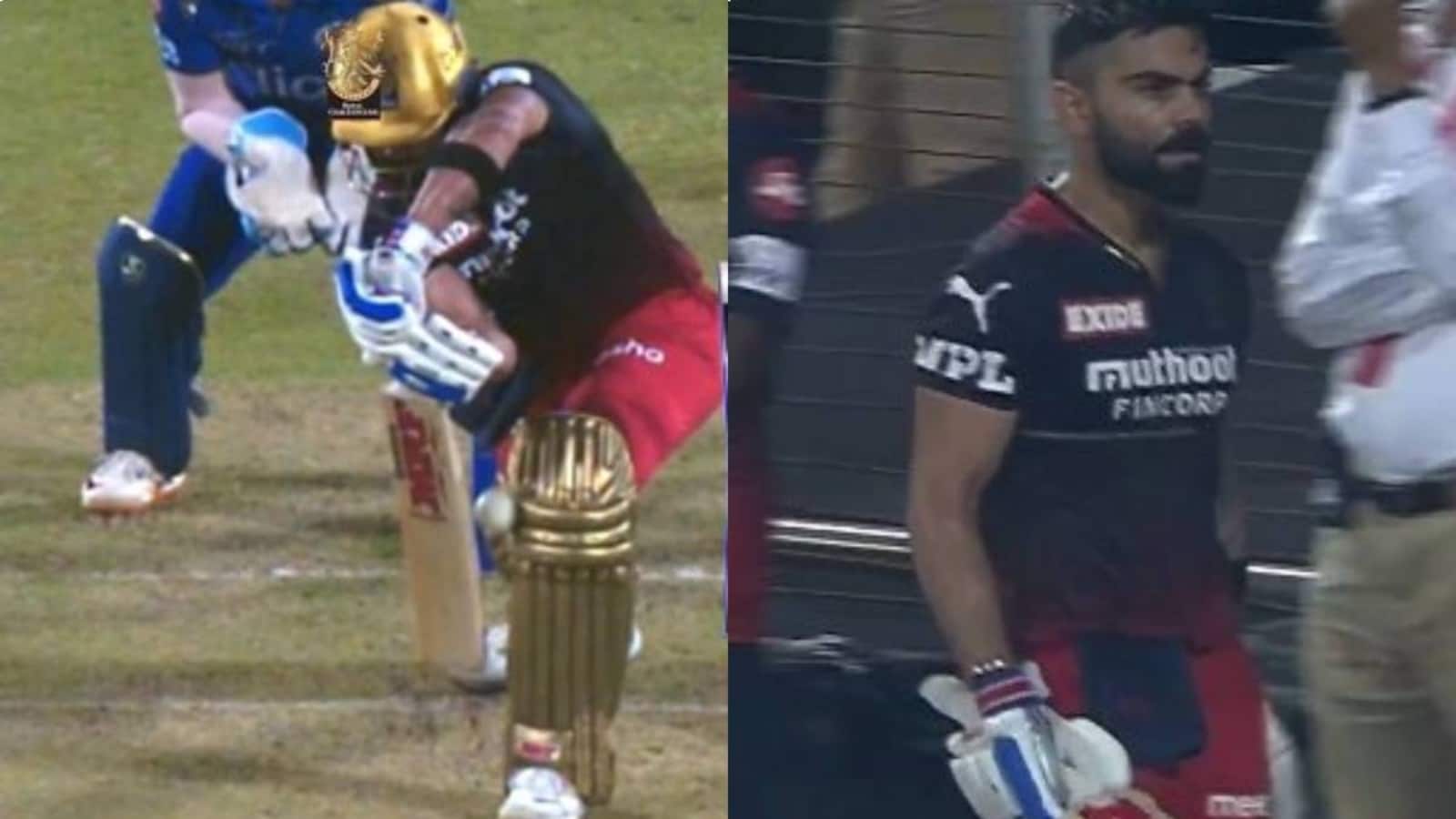 Former Royal Challengers Bangalore (RCB) skipper Virat Kohli looked in sublime touch on Saturday evening in his 36-ball 48 against Mumbai Indians in Pune as he did not look set for a well-deserved half-century, but also finish off the game for RCB. However, Kohli’s fluent knock was put to end by the unlikeliest bowler, coupled with a controversial dismissal that left he completely infuriated as he walked back to the pavilion just two deliveries before RCB pulled off their third straight win this season.

It was in the 19th over of the game when Dewald Brevis was brought into the attack and in his first first ball in the IPL, he managed to dismiss a legend of the tournament. It was a length delivery that slid through the middle and strike Kohli’s pad in line with the stumps as he was given out LBW, but he opted to review the decision. An apparent view showed that the ball hit the bat first, leading to a big inside edge which then hit the pad. However, the third umpire felt that the ball hit the bat and the pad at the same time and since there was no conclusive evidence as to what the ball hit first, he did not overturn the decision leaving Kohli furious.

Following the incident, former cricketers gave their verdict on the controversial dismissal and former India cricketer Aakash Chopra was among the first to react as he took to Twitter to write, “In the case of ball hitting the bat and pad at the same time…it’s considered bat first. As far as I know. Let’s check the laws…”

“That was bat first. I would have given it ‘not out’,” reckoned former India opener Wasim Jaffer on ESPNCricinfo. Former England cricketer Nick Knight, who was present in the commentary box during the dismissal, later opined- while speaking to Star Sports that, “From the commentary box I could’ve easily seen that there was a massive inside edge in Virat Kohli’s case.”

Meanwhile, veteran spinner Amit Mishra reacted with a hilarious image when asked about the same by a fan on Twitter.