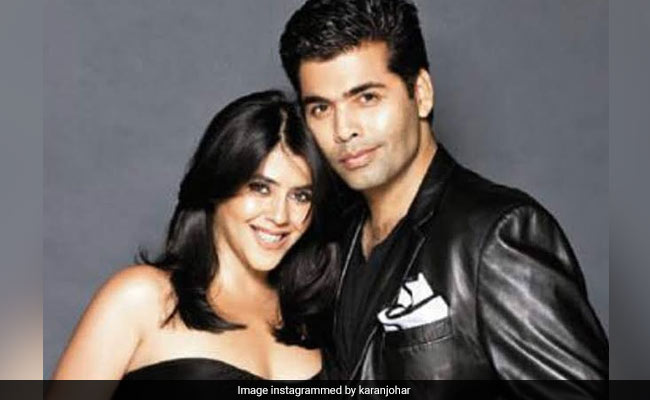 Happy birthday, Ekta Kapoor. The producer turned 45 on Sunday. Celebrating her birthday, Karan Johar wrote a warm wish for Ekta Kapoor on Instagram and it has our heart. KJo shared a picture with Ekta Kapoor where they can be seen posing for the camera. Twinning in black, KJo and Ekta can be seen smiling with all their hearts. Sharing the picture, KJo wrote an elaborate birthday wish for his “Ektu.” KJo wrote, “This is my favourite picture of ours! I love you Ektu! Ekta Kapoor, you are so special to me and have always been there for me! I love our one on one dinners and our conversations! We have a karmic cosmic connection and I know you will always have my back …. can’t wait to come and have dinner with Shobha aunty and you! Hugest hug and kiss from Roohi, Yash, mom and me!!! We love you.” Read his post here:

Within minutes of posting, KJo’s picture was flooded with comments and birthday wishes from his friends and fans. Reacting to the post, Ekta Kapoor commented, “My karmic friend .. like you have my back I have yours! Love you truly for the person you are.” Designer Manish Malhotra also reacted to the post with several heart emoticons.

Karan Johar shares a great rapport with Ekta Kapoor. In 2019. KJo and Ekta Kapoor were awarded the Padma Shri together. KJo also featured in a special appearance for Ekta Kapoor’s 2008 film C KKompany.