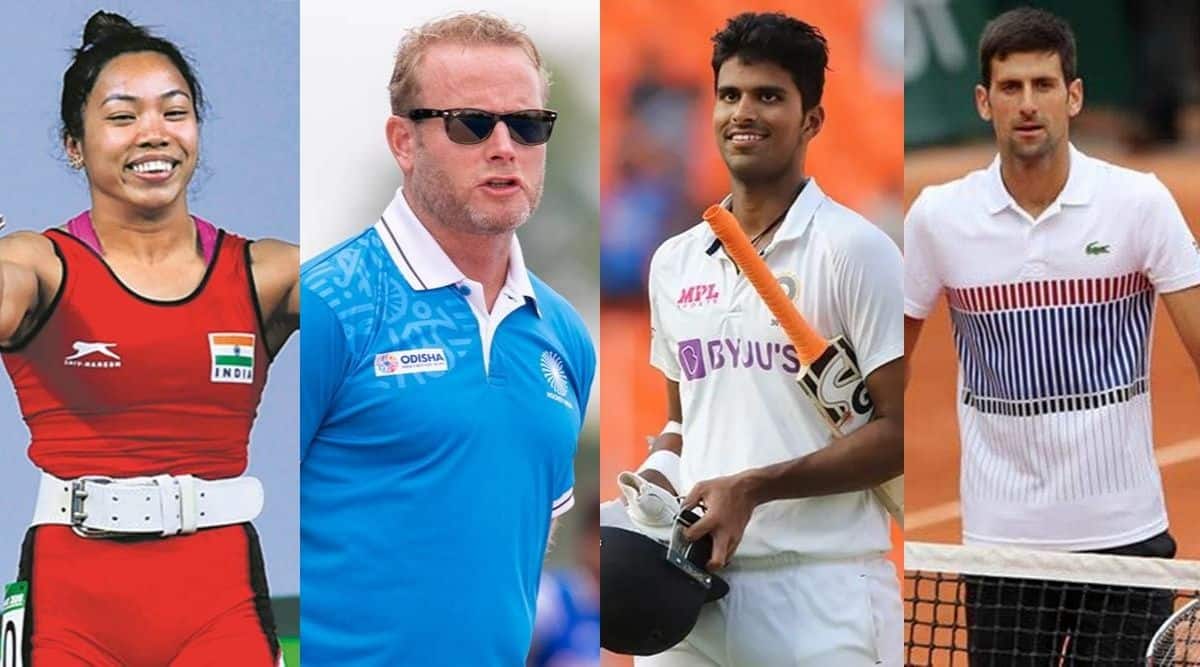 2021 has been a year like no other. There were days when sports lost its relevance and then there were times when its importance couldn’t be overstated. Stadiums would turn into covid wards, quarantine zones or vaccination centres. Pandemic at one point had wiped out sports from the public consciousness. Then came the comeback. The wave would subside and athletes would reclaim their space. But not for nothing sports stars get hailed as demi-gods, some even Gods. They would ensure we have pleasant memories even from this pandemic year.

The Tokyo Games did get delayed, but it would deliver engrossing drama. For the Olympians those endless swab tests and strict social distancing protocols would be worth the trouble when medals would hang around their necks. For the parched eyes of the fans it would be a feast.

IPL Part 2, World T20 and back-to-back internationals would make the cricketers groan about life in the bio-bubble but they would look anything but bored or jaded when on the central square. Cricket in the year gone by was theater. When one got tired of discussing the epics at Gabba and Centurion, there was also the daily soap starring Virat Kohli.

In this hectic and eventful sporting year, there are a few momentary highs that didn’t make it to the memory bank. Putting out a list of forgotten images that need to be revisited and relished.

Mirabai Chanu on the phone with her mother after winning silver

So blinding was Neeraj Chopra’s golden glitter that the significance of Chanu’s silver got sadly glared out. For the ardent followers of Olympic sports it remained a momentous occasion. What the medal meant for the champion weightlifter and her mother could be seen from the emotional conversation between the two – captured on camera by the Tokyo Games broadcasters – minutes after securing the medal.

Growing up Chanu was the little strong girl, the mother’s pet, with shoulders formidable enough to lift the big pile of family’s weekly firewood. Four years back at the Rio Games, Chanu, after a disastrous no show, wanted to quit the sport. She couldn’t take it anymore. It was the mother who did some heavy lifting then. It was mother-daughter chat that put her back on the path. Now after the silver, and a few felicitation functions and VIP meet-and-greet, Chanu was quick to fly to her village outside Imphal.

Her home was so remote that we at The Indian Express couldn’t do a video call with her for our Idea Exchange interaction as the telephone signals were too weak. But the sparkle in her voice conveyed the joy within. As expected the mother would get mentioned. “She has been my pillar. She once said I can’t feed you properly but I will try my best to take you to the top. If I had a bad day, or didn’t have a good day, she would come to know from my voice. She knows when I’m sad or not feeling well,” Chanu would say.

The Aussie girls go by the intimidating collective noun Hockeyroos. What All Blacks are to men’s rugby, Hockeyroos are for women’s hockey. They have won everything several times over and best capture the spirit of the sporting nation. They also are the beacon of gender equality in sports. The same can’t be said about the Indian girls from interior India who beat them in the Olympics quarter-final.

Girls from Shahbad, Sonepat, Hesal, Lulkidihi, Kurukshetra, Amritsar and Jodhka – years after being pioneers in their social strata – created hockey history. They did miss the medal but back home they were welcomed like champions. Adding a varied shade to this rainbow team was the team’s Dutch coach Sjoerd Marijne. He was the neutral voice of reason and conviction that kept the girls together during the tough days of quarantine before the Tokyo Games.

At yet another Idea Exchange, Marijne would make a touching comment about how sports isn’t always about medals and podiums. “I never dreamed about winning medals. I never dreamed about what people say, about awards and about money. I only dreamed about one thing. And that is doing something that nobody has done before and creating a legacy that you will always be remembered for. That’s why I will always, for my whole life, be connected with India,” he said. Pandemic or not, India will never forget the incredible girls and their coach.

There is an endearing charm about him. On the pitch he looks like an awkward teenager summoned to the living room to say hello to the guests. At Gabba, in his debut Test, his batting had a swagger about him. And he also bowled well. Rishabh Pant’s daredevilry and Ajinkya Rahane’s stoic leadership would hog the limelight and Sundar wouldn’t be remembered as the Gabba hero. This despite getting the wickets of Steve Smith, Cameroon Green, Nathan Lyon and David Warner and scoring 62 and 22.

There are two Washington shots that have stayed with me. One was his hooked six off Pat Cummins. Both feet in the air, the left-hander twisted in the air to send Australia’s No.1 bowler over the fence. In the context of the game, it was an important shot. This was when Aussies gave up, this is when they realised they weren’t dealing with IPL kids, as the world knew them. These were battle-hardened first-class cricketers, in every sense of the word. Actually, they should have known. In the first innings when Washington had hit another audacious six. It was a stroke Clint Eastwood would have played had he been a batsman. After his full swing at a length ball from off-spinner Lyon, he stared down at the pitch, not bothering to look at the soaring ball. The sound of the bat was enough. He knew it was out of the ground. We knew he was the real deal.

The world has been too hard on Djokovic. He won Surface Slams – clay, grass and hard court but they keep reminding him of the Olympic and US Open loss. It was the year he settled the GOAT debate once and for all. He’s tied with Federer and Nadal on the all-time Slam list but still they don’t give him the due. And when he talks about missing the Australian Open in 2022, they talk about missing him. Respect the old man.

A call to review a documentary doesn’t send a reporter’s pulse racing. This one time it turned out to be different. The other day I wrote about a film about the 1948 hockey Olympians from India and Pakistan and it was an uplifting experience. Documentary maker Bani’s work had nostalgia, betrayal, angst and friendship. It was a story about a champion hockey team getting divided by India’s partition but the bond failing to snap. Taangh, longing in Punjabi, touched a chord. It also reminded about the sturdiness of the seemingly fragile Indo-Pak hyphen that refuses to snap despite the present day bitterness and uncomfortable past.

It was the perfect end of the year story to do. Stay safe, send feedback to sandeep.dwivedi@indianexpress.com