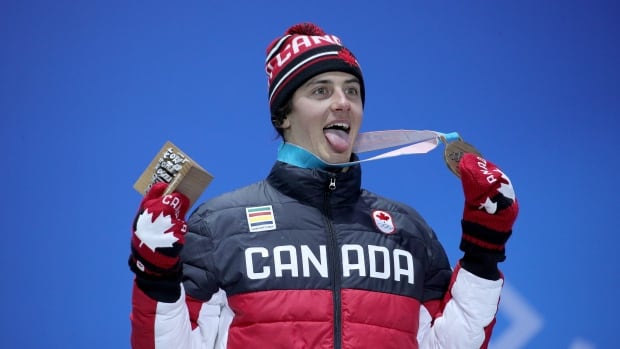 This is an excerpt from The Buzzer, which is CBC Sports’ daily email newsletter. Stay up to speed on what’s happening in sports by subscribing here.

A different kind of rodeo is coming to Calgary

Here’s everything else you need to know:

It’s going to be cold. A polar vortex sweeping through Western Canada has the temperature forecasted at -22 C when competition begins. It’ll only be athletes dealing with the frigidity though, as spectators aren’t permitted at the Rodeo this year.

But the competition is only heating up. With just over a month until the Winter Olympics begin in Beijing, spots on Team Canada are up for grabs. The stiffest battle might be on the men’s side, where five accomplished snowboarders — Mark McMorris, Sebastien Toutant, Max Parrot, Liam Brearley and Darcy Sharpe — are fighting for four spots in slopestyle and big air. None have reached the podium in two big air World Cups this season, but Calgary represents the first of three slopestyle events on the schedule before the Olympics. Parrot, the 2018 Olympic silver medallist who has since been diagnosed with and beat Hodgkins lymphoma, and Sharpe, the 2020 X Games gold medallist, won’t compete.

There’s still some serious starpower. McMorris famously recovered from a near-fatal crash less than a year before the 2018 Olympics to earn his second straight bronze medal in slopestyle. Toutant stormed to a surprising victory in big air in Pyeongchang following his last-place finish in slopestyle — and later revealed he did it despite a back injury. Brearley is the new kid on the block, an 18-year-old who won three medals at the 2020 Youth Olympic Games as well as bronze at the Snow Rodeo that year. This weekend’s edition of the event won’t entirely determine which snowboarder is left out, but World Cup podiums are the key factor in Canada Snowboard’s selection process, and time is running out to climb one.

A Canadian should be favoured to win the women’s slopestyle. Laurie Blouin, the 2018 silver medallist, is ranked fifth overall, but none of the top four are headed to Calgary. That leaves the door open for Blouin to climb her first World Cup podium since winning gold on the same hill in 2020. She’ll contend with fellow Canadians Jasmine Baird (ranked 14th), Brooke Voigt (20th) and Juliette Pelchat (34th) in a field missing the likes of Olympic gold medallists Anna Gasser and Jamie Anderson.

The Cassie Sharpe comeback tour continues. The reigning Olympic ski halfpipe gold medallist tore two knee ligaments and fractured her femur after a crash at the 2021 X Games. But the B.C. native is already back in competition, returning with a sixth-place finish at the first World Cup event of the season at Copper Mountain in Colorado earlier this month. Sharpe, the sister of snowboarder Darcy Sharpe, won in Calgary in 2019. Her toughest competition this time around may be fellow Canadian Rachael Karker, the silver medallist at the season-opening event. Karker, who is looking to reach her first Olympics, hasn’t finished worse than fourth in a major competition since March 2018. The other two Copper Mountain medallists, China’s Eileen Gu and Estonian Kelly Sildaru, won’t compete in Calgary. Two ski halfpipe World Cups will be contested in Calgary on Thursday and Saturday, meaning six podium spots are up for grabs.

The men’s team is deep. Led by Brendan MacKay, all five Canadians should be in the mix for ski halfpipe medals. MacKay took bronze at Copper Mountain, and his career appears to be on the rise since landing on his first-ever podium in Calgary in 2020. Also competing are Olympians Noah Bowman, who placed fifth in each of the 2014 and 2018 Games, and Simon D’Artois, as well as brothers Dylan and Evan Marineau.

The following is the live coverage schedule on CBCSports.ca, the CBC Sports app and CBC Gem: