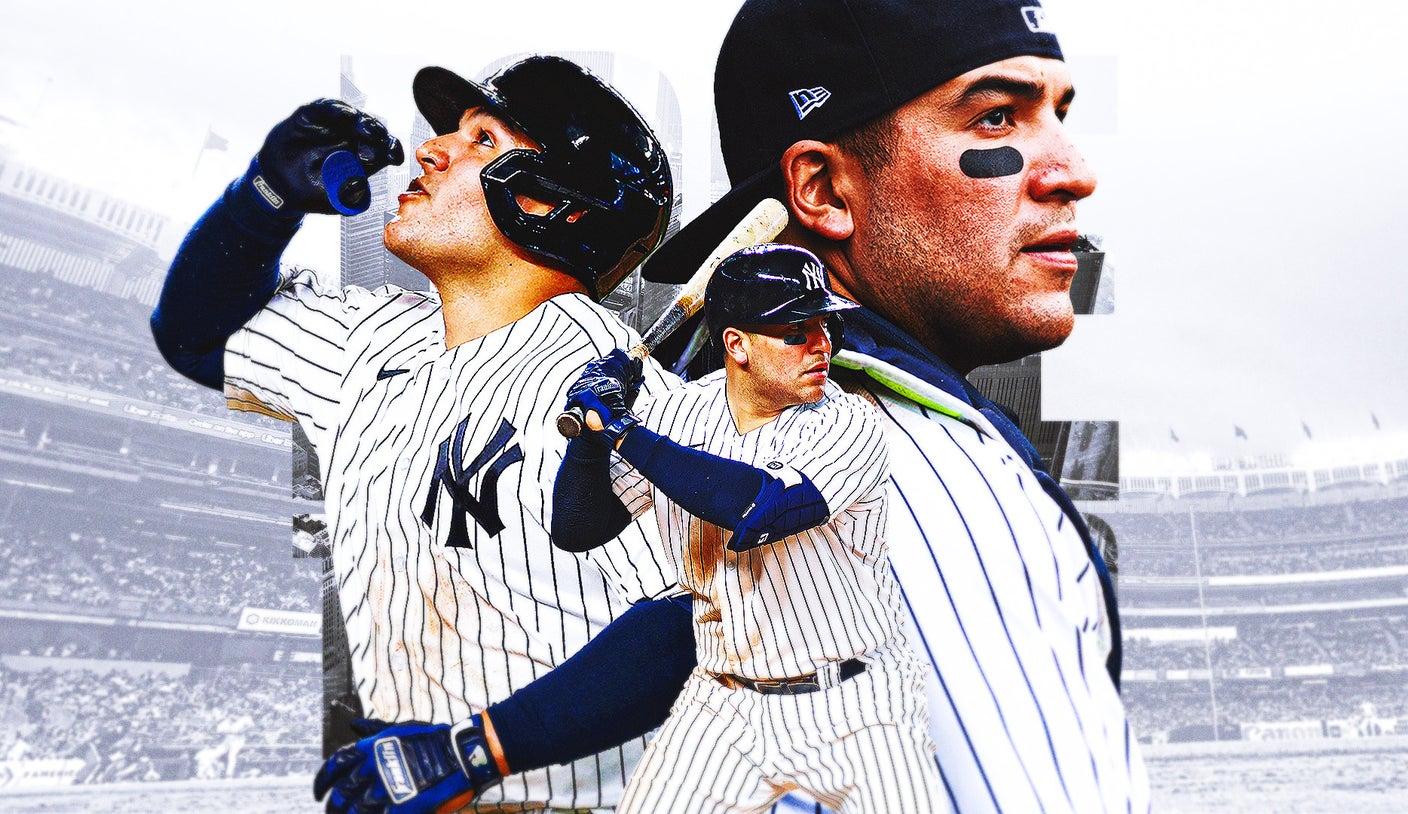 A lot has gone right for the New York Yankees in 2022.

Aaron Judge can’t be stopped. The pitching rotation has stayed remarkably healthy. Nestor Cortes is apparently a top-10 pitcher in the world. Clay Holmes has morphed into the best reliever in baseball. Even Joey Gallo and Aaron Hicks are starting to hit.

But the most surprising development surrounding New York’s scorching start (besides Nasty Nestor) has been the rise of Jose Trevino.

Acquired by the Yankees from Texas on April 2, just five days before Opening Day, the stout backstop has become an incredibly popular and irreplaceable part of the best team in baseball, something nobody could have seen coming.

In parts of four seasons with the Rangers, Trevino was just another big-leaguer. He was a wonderful defensive catcher, sure, but he was a truly forgettable hitter who slashed .245/.270/.364 with just nine homers in more than 519 plate appearances.

But two months into his Yankees tenure, the 5-foot-11 Texan has been one of the best-hitting catchers in the game. Heading into play Sunday, Trevino ranked fourth in baseball by WRC+ (a stat that encapsulates a player’s all-around offensive production and adjusts for outside influences), behind only the Contreras brothers (Willson and William) and Alejandro Kirk.

That’s not at all what GM Brian Cashman & Co. likely expected when they dealt for Trevino as a defensive-minded backup catcher.

When Ben Rortvedt, whom the Yanks acquired from Minnesota in the Gary Sánchez deal to be the backup behind Kyle Higashioka, injured his oblique toward the end of spring training, Cashman recognized that he needed to improve the club’s catching depth.

On the afternoon of April 2, Cashman was scheduled to attend a ballgame at his alma mater, Division III Catholic University in Washington, D.C., prior to his induction into the school’s sports hall of fame.

But an hour or so before first pitch, Cashman phoned Catholic assistant coach Bobby Picardo and told him that he’d have to miss the game because he “needed to trade for a catcher.” And when he showed up to the banquet, Cashman realized that he’d forgotten his phone charger. Picardo gave him his, and Trevino was a Yankee by nightfall.

At the time, that deal, in which two young pitchers went to Texas, was considered little more than an emergency depth move. The Yankees had already telegraphed their catching strategy by trading Sánchez in favor of a Higashioka/Rortvedt combo, clearly willing to punt offensive production in exchange for elite framing and consistency at the most important position on the field.

In comments to the media after the team acquired Trevino, manager Aaron Boone spoke at length about his defensive prowess, his framing acumen and how excited the club was to get him up to speed with the pitching staff.

Few to none of the remarks had anything to do with Trevino’s offense.

Even when Trevino was living the life of an offensively limited backup catcher with the Rangers, he made contact at an above league-average clip. Granted, most of that contact was punchless and pointless, but tons of big-leaguers (half of them, if you want to be semantic) don’t hit the ball at a league-average rate. For Trevino, that was a solid base to build upon.

And over the winter, he began building. He made two big changes to his swing and one enormous change to his offseason training program. At the plate, he opened up his pre-pitch stance quite a bit, moving his front foot toward the third-base side of the batter’s box. That adjustment, Trevino told FOX Sports, greatly improved his ability to see pitches out of the pitcher’s hand, something that shows up in his numbers this year, particularly his 6.6% decrease in swing-and-miss rate.

The other new wrinkle is a leg kick. Trevino’s lift isn’t a Justin Turner-, Jose Bautista-, Rockettes-style action, but it’s a noticeable change nonetheless. And while he isn’t hitting the ball any harder in 2022, he’s pulling the ball 6% more and lifting it in the air 6% more, both potentially as a result of the leg kick.

Further, instead of his typical offseason routine, which featured a lot of tee work and front flips, Trevino opted this winter for more pitch-recognition training and high-speed batting practice against machines. That work on his vision and swing decisions seems to have paid dividends, with Trevino’s huge decrease in swing-and-miss the proof in the pudding.

While the Yankees organization champions high-speed decision-making training, Trevino told FOX Sports that he bought in to that more progressive approach well before he was traded.

In truth, Trevino is probably more of a 95-100 OPS+ big-league hitter, something his batted ball data indicates. But for a catcher widely considered a top-of-the-charts pitch framer who has played a huge role in New York’s phenomenal pitching performance this season, league-average production with the bat makes Trevino an incredibly valuable player.

Altogether, it’s an almost inconceivable rise for a guy who 10 weeks ago was considered the third-best catcher on the Texas Rangers.

Jake Mintz is the louder half of @CespedesBBQ and a baseball writer for FOX Sports. He’s an Orioles fan living in New York City, and thus, he leads a lonely existence most Octobers. If he’s not watching baseball, he’s almost certainly riding his bike. You can follow him on Twitter @Jake_Mintz.