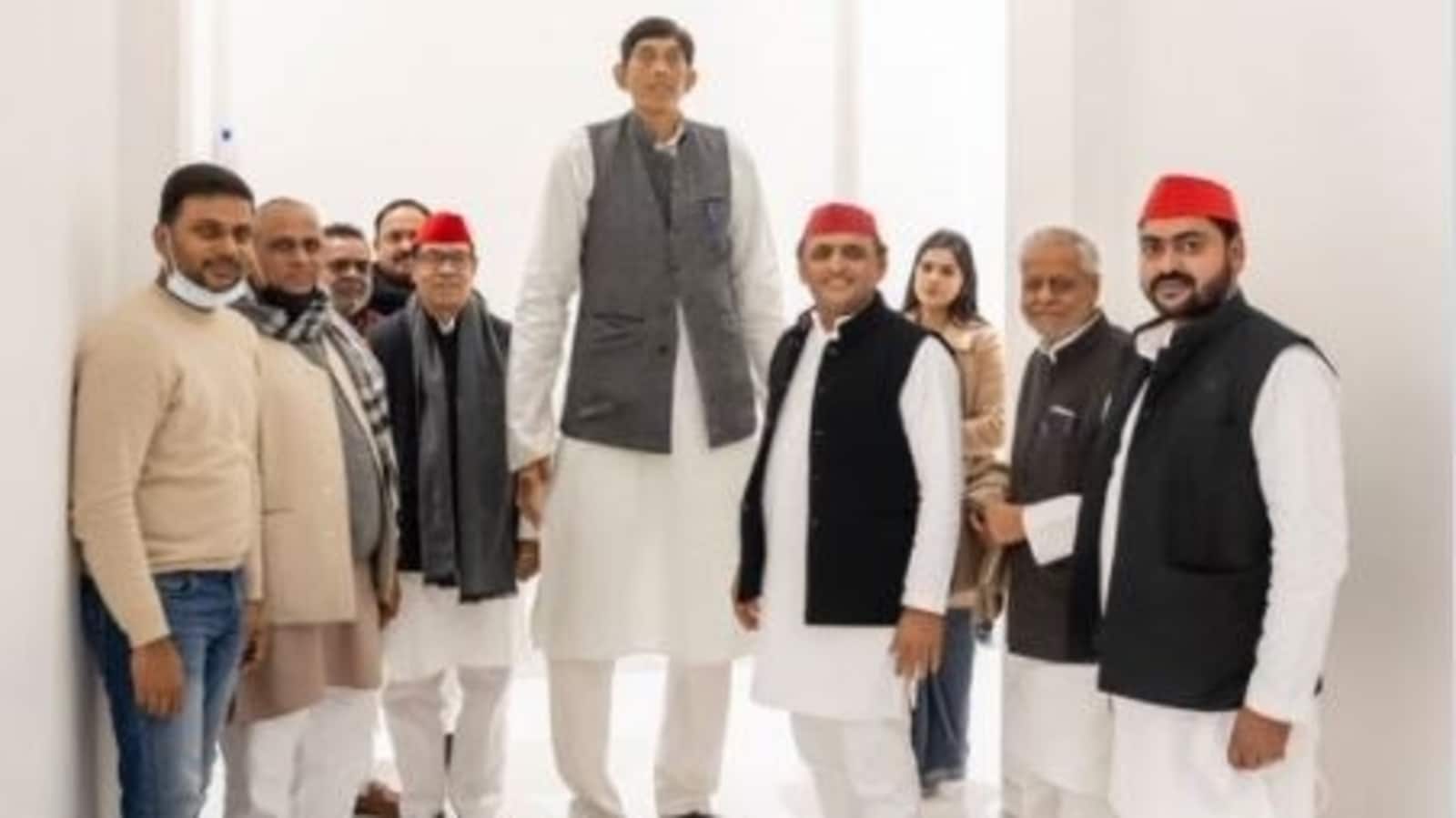 Dharmendra Pratap Singh, with a height of 8 ft 1 inch, is the tallest man in India but he said his height has become more of a disadvantage for him as he gets no job, marriage proposal for his excessive height.

Amid BJP’s tall leaders in Uttar Pradesh like Swami Prasad Maurya, Dara Singh Chauhan, joining the Samajwadi Party, now literally the tallest man of India, Dharmendra Pratap Singh, has joined Akhilesh Yadav’s party. Singh claims to be the tallest man in the country with a height of 8 ft 1 inch. The party has tweeted a photo of Singh posing with Samajwadi Party leaders including Akhilesh Yadav.

The world record of the tallest man is 11 inches more.

Here are a few things to know about Dharmendra Pratap Singh

> The tallest man of India is a resident of Narharpur Kasiyahi village of Pratapgarh district.

> While his joining the Samajwadi Party has again brought him to the limelight, he is very famous for his height. His name is mentioned in the Guinness World Records.

> This is his official debut in politics, but he was affiliated with the Samajwadi Party and he remained an attraction in election campaigns as people want to take photos with him.

> Dharmendra Pratap Singh has two sisters and brothers. He once said though he is famous for his height, it is a hindrance in his life as well. No one wants to marry him and neither does anyone give him any job. He said earlier he cannot enter offices and buildings.

> For a living, Dharmendra Pratap, who holds a masters degree, used to go to Delhi and Mumbai to allow people to click photos with him.

> Dharmendra Pratap has suffered long after a car accident in 2013. In 2019, he underwent a challenging hip replacement surgery in Ahmedabad’s KD Hospital.