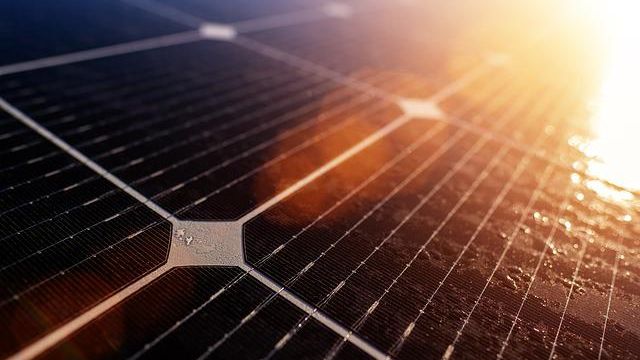 A Florida State University researcher is unraveling the intricacies of a material that scientists worldwide are trying to manipulate to build better solar cells.

Assistant Professor of Chemistry Lea Nienhaus has published a new study in collaboration with Argonne National Laboratory that examines what happens when this material — called a halide perovskite — faces real-world conditions as opposed to pristine conditions of a chemistry lab.

They found that stressing halide perovskites with light and electric fields can create changes in the basic properties of the material and distort the lattice structure that is crucial to keeping this material stable.

“All of this goes back to building a better solar cell,” Nienhaus said. “We needed to better understand what happens to this material when it is subjected to continuous illumination the way a solar cell would be if it were in use.”

The work is laid out in ACS Energy Letters.

Solar power technology has grown tremendously in the United States over the past two decades. According to the U.S. Department of Energy, the country’s solar capacity has grown from .34 gigawatts in 2008 to 97.2 gigawatts today.

But scientists and engineers around the world are still working to create better and more efficient materials to improve solar technologies, making them cheaper and longer lasting.

Halide perovskites are thought to be one of the most promising materials for solar technology. Lead halide perovskites have a crystal structure based on a positively charged lead ion known as cation, an organic and/or inorganic cation and negatively charged halide anions. Nienhaus and others have manipulated these structures to create films that would be the basis of a solar cell.

The first perovskite solar cells were developed in 2006 with a 3% power conversion efficiency, but more recently developed ones have been 25% and higher.

The rapid increase in efficiency is promising, but there are still drawbacks to this material when it comes to commercial viability, including the fact that it degrades quickly.

While Nienhaus’ lab has been focused on ways to improve solar cells, she and some of her students started pursuing a side research project focused on why the halide perovskite films degrade so quickly under operating conditions.

For their study, Nienhaus and her collaborators used a technique called scanning tunneling microscopy that allowed them to study surface features and electronic properties of halide perovskites at the nanometer scale. By adding an illumination source to the system, they could monitor how the material changed under real-world conditions.

Researchers also used two synchrotron-based techniques available at the Advanced Photon Source at Argonne National Laboratory to correlate the observed optical changes to structural ones within the halide perovskite film.

“If we can pinpoint areas of structural change which are the origin of degradation, then we can start working on mitigation strategies that will ideally help us build a better halide perovskite film and thus a solar cell,” Nienhaus said.

This article has been republished from the following materials. Note: material may have been edited for length and content. For further information, please contact the cited source.