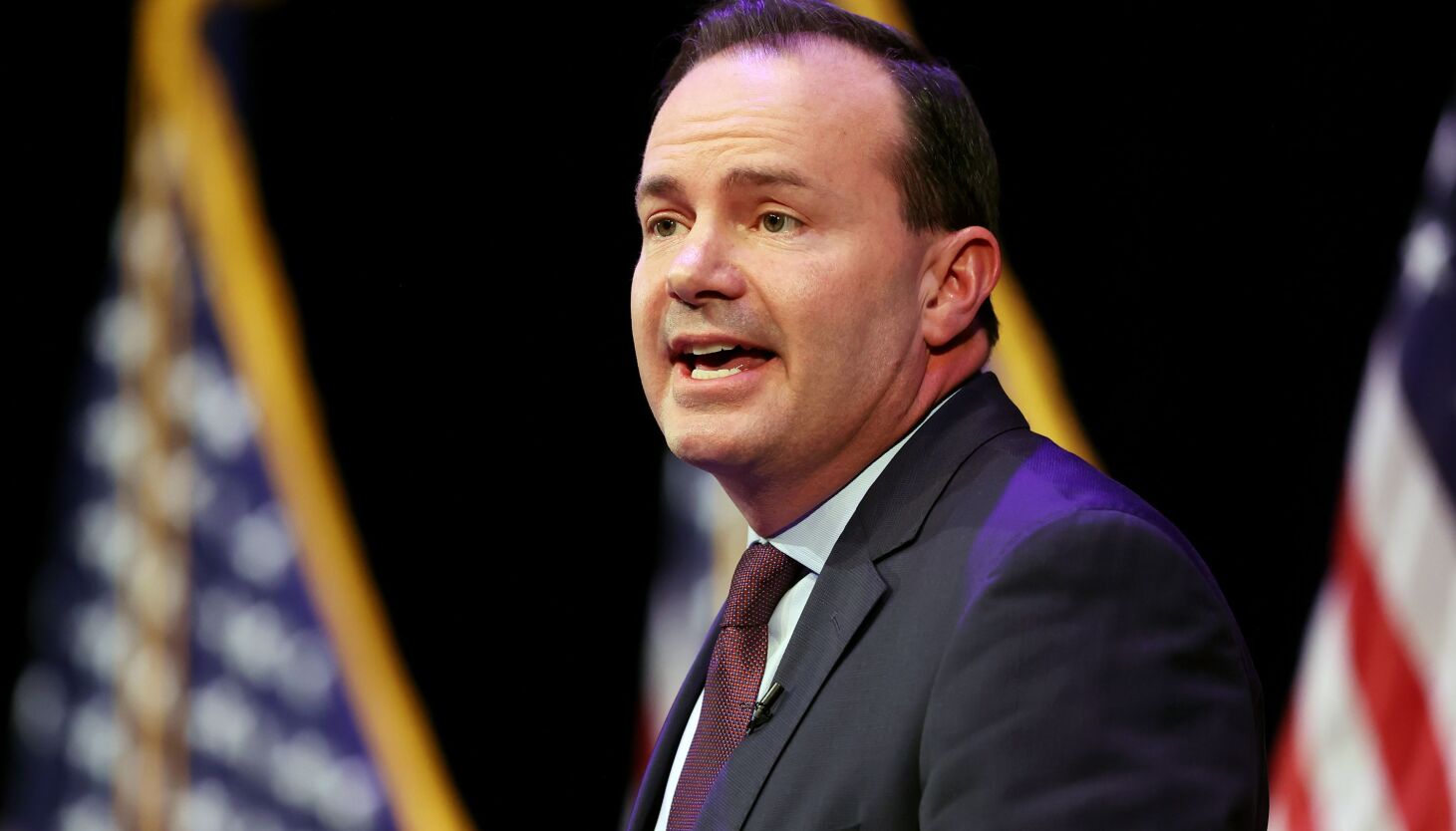 A look at recent school shootings might reveal both cultural issues and policy issues were contributing factors, including an obsession with violence in entertainment and COVID-19 lockdowns, Sen. Mike Lee said Wednesday.

“To really address this rise in violent behavior, we need to look at what’s causing males in our society to become so angry, isolated, socially detached that they’ll commit these unspeakable, unthinkable horrors,” the Utah Republican said during a Senate Judiciary Committee hearing.

“We need to look not at just what caused the tragic school shootings like Uvalde and Parkland, but also what’s causing the massive increases in violent crime in large cities across our country.”

Lee said the cultural factors include broken families, bullying, the glorification and obsession of violence in news and entertainment media, obsession with social media and loss of community connections.

Policy issues include anti-bail policies of “woke” prosecutors, COVID-19 lockdowns, failure to enforce laws and school policies, and instructing teachers and school administrators to look the other way when students display disturbing and potentially violent behavior.

During the hearing focused on how gun violence impacts children, Sen. Dick Durbin, D-Ill., the committee chairman, said guns are now the leading cause of death of children in the United States.

“Not automobile accidents. Not injuries in the home. Not cancer. Guns,” he said.

The Centers for Disease Control and Prevention reported 4,368 children died from gunfire in 2020, a nearly 30% increase over the previous years. The deaths include homicides, suicides and accidents.

“Guns are killing our kids at a devastating rate,” Durbin said, noting there have been shootings at 27 U.S. schools this year.

For too long, he said, Washington has not taken any action but lawmakers can’t shrug their shoulders anymore. Durbin said he supports the bipartisan Senate proposal addressing red flag laws and cracking down on straw purchases of guns, though the plan doesn’t provide everything he wants.

Sen. Mitt Romney, R-Utah, helped negotiate the framework. Lee said he would evaluate the plan after it’s drafted into a bill.

Sen. Cory Booker, D-N.J., who favors a ban on assault weapons, said in the hearing he doesn’t understand people who argue guns aren’t the issue. Not doing something about guns, he said, seems incomplete.

Lee said after every mass shooting there is an attempt to assess what went wrong and to fix any failures of policy or oversights by law enforcement or society that allow those “heart wrenching, gut-churning tragedies.”

“Unfortunately, politics often gets in the way. Every time a tragedy like this occurs there are a number who immediately demand the same gun control proposals that many have pushed for decades while simultaneously attempting to defund police in schools,” he said.

“But the people who will be hurt by these proposals are not the criminals. They’re law-abiding gun owners and children in unsafe schools.”

Lee said he supports the Lucas and Alex School Safety Act three Republican senators introduced last year that would codify into law the Federal Clearinghouse on School Safety. The clearinghouse, available at SchoolSafety.gov, informs parents and educators on recommendations and best practices to improve school security. It also provides information on federal resources and grant programs that can be used toward safety measures.

In the hearing, Lee said school officials in Parkland hid the shooter’s previous troubling and violent behavior and didn’t report it to law enforcement before asking Max Schachter, Alex’s father, why schools would go to such great lengths to do that or not take action.

Schachter said the school and police didn’t know how the other was dealing with the numerous encounters both had had with the shooter.

“It builds on research conducted by the Secret Service on targeted school violence and helps us proactively identify and manage these threats before they even occur,” Grassley said last month.

Civil rights groups came out against the measure when Grassley first introduced it after the Parkland shooting. They argued that threat assessments pose major risks for and to students, including increased and early contact with law enforcement, and overidentification of students of color and students with disabilities for “threatening” behavior.

“We know these individuals don’t just snap overnight,” he said. “They exhibit concerning behavior ahead of time.”