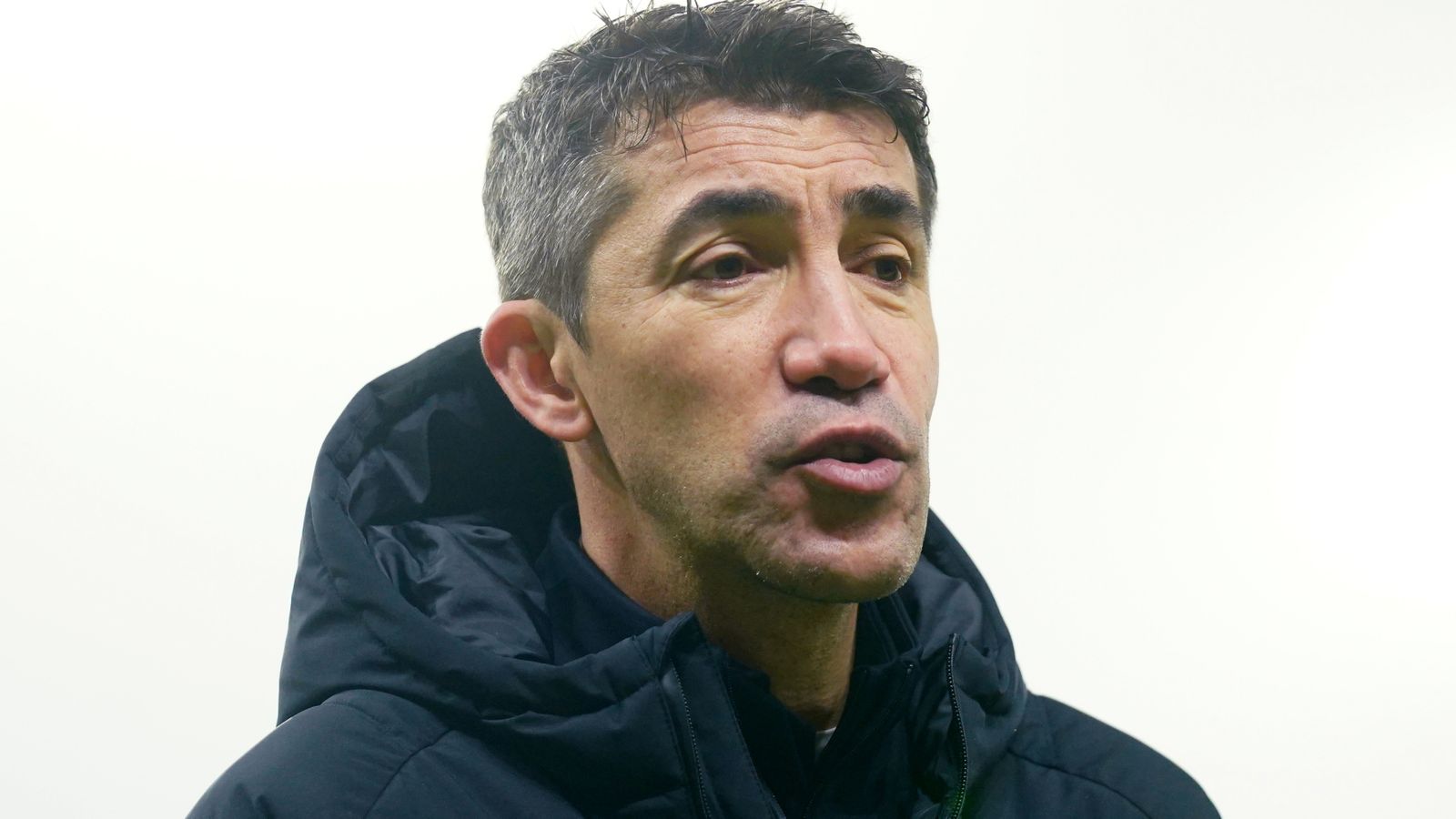 Wolves head coach Bruno Lage says he wants to sign a centre-back, winger and striker during the January transfer window.

Lage has highlighted centre-back as the position that he is most desperate for reinforcements, with only three senior players currently available to fill his favoured five-defender formation.

Willy Boly and summer-signing Yerson Mosquera are both out with injuries, leaving Lage reliant on Conor Coady, Max Kilman and Romain Saiss.

“I’m very happy with Conor, Saiss and Max, because they are doing very well,” Lage said on Friday ahead of Monday’s clash with Manchester United, which is live on Sky Sports.

“I pray every training and every game that the guys don’t have any injury because we play with three centre-backs and I just have those three.

“We need one, we need one centre-back.”

Wolves, who are eighth in the table, have excelled defensively this season, conceding only 14 goals in 18 games – only two more than league-best Manchester City, and the same figure as second-placed Chelsea.

However, Lage’s side have struggled at the other end of the pitch, with their total of 13 goals the second-lowest in the league.

“I think also we can find one more winger, a different striker, so we have two or three situations we can improve to manage better our squad.”

The squad have been battling a coronavirus outbreak which forced the postponement of Tuesday’s trip to Arsenal.

It came after Boxing Day’s visit of Watford was called off after the Hornets were unable to field a side because of the virus.

FREE TO WATCH: Highlights from Wolves’ draw with Chelsea.

“After 10 days without playing, in your mind, to be ready to play is difficult,” Lage said. “I was talking with a player and I asked ‘are you ready to play?’

“He said: ‘I really don’t know’. After 10 days without playing and training you are slow to take the right decisions.

“If you take one more second to decide then the other team come and press. They need to continue to train and adapt as soon as possible.

“They are coming (back), that is why the next days will be important to understand which players are fit to play.

“There is nothing new but now we need to understand if the players have time to recover and are fit to play.

“We have two more days to understand which players are fit and ready to play this important game.

“We don’t have many cases but we have a small squad, (if) four or five players (have Covid) and then afterwards we don’t have players to play.”