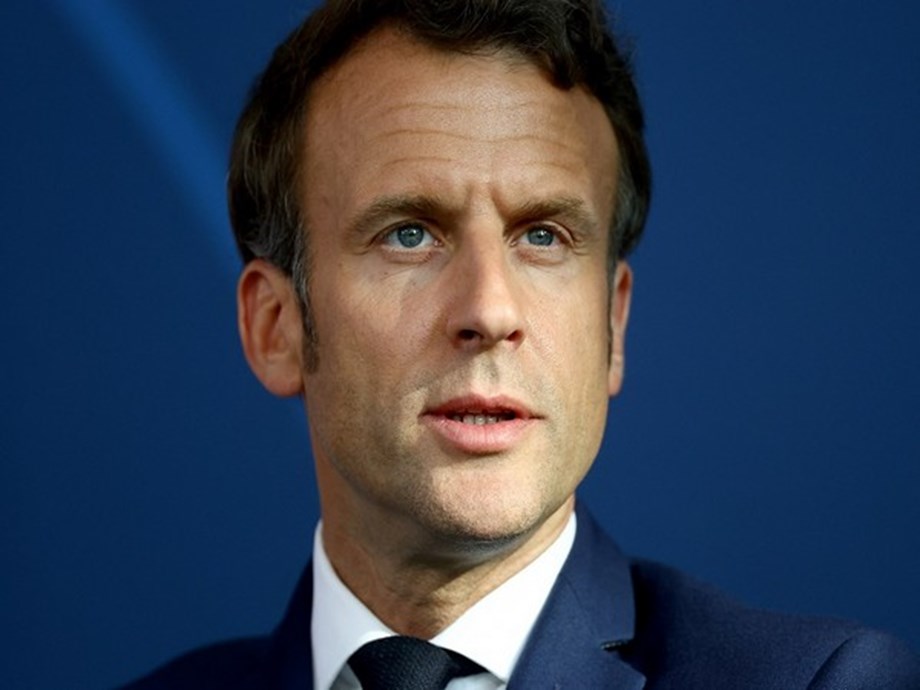 Each morning in this Somali border town, 11-year-old Bashir Nur Salat plots his day’s mission behind a crooked wire fence. Armed with only a friend’s yellow school shirt, a borrowed book, and a toothy grin, he eyes his prize through the mesh: lunch. Bashir lives where three crises converge – global warming, spiraling food prices, and war. He, like millions of others in Somalia, are in the crosshairs of what some aid workers are calling the “The Three Cs”: climate change, costs, and conflict.

French President Emmanuel Macron’s centrist camp scrambled on Monday to seek support from parliamentary rivals in order to salvage some of his reform agenda and avoid political paralysis after voters punished them in a legislative election.

While Macron’s “Ensemble” grouping secured the largest number of lawmakers in the 577-seat National Assembly, it fell well short of an absolute majority in a vote on Sunday that saw a leftwing alliance and the far-right perform very strongly.

A Japanese court ruled on Monday that a ban on same-sex marriage was not unconstitutional, dealing a setback to LGBTQ rights activists in the only Group of Seven nation that does not allow people of the same gender to marry. The ruling dashes activists’ hopes of raising pressure on the central government to address the issue after a court in the city of Sapporo in March 2021 decided in favour of a claim that not allowing same-sex marriage was unconstitutional.

Russian forces captured territory along a frontline river in eastern Ukraine on Monday, and President Volodymyr Zelenskiy predicted Moscow would escalate attacks ahead of a summit of European leaders expected to welcome Kyiv’s bid to join the EU. Moscow’s separatist proxies claimed to have captured Toshkivka, a town on the mostly Ukrainian-held western bank of the Siverskyi Donets river, south of Sievierodonetsk, which has become the main battlefield city in recent weeks.

Israel is building a U.S.-sponsored regional air defense alliance, the Israeli defense minister said on Monday, adding that the apparatus has already foiled attempted Iranian attacks and could be boosted by President Joe Biden’s visit next month.

Drawing closer in recent years to U.S.-aligned Arab states which share its Iran concerns, Israel has offered them defense cooperation. They have been publicly reticent on the idea.

Britain faces its biggest rail strike in 30 years this week when tens of thousands of staff walk out in a pay dispute that unions warn could lead to coordinated action across other industries due to the mounting cost of living crisis. British households are already experiencing the biggest economic squeeze in decades, with surging food and fuel prices taking inflation towards double-digit figures while average underlying wages are no higher than they were in 2006 when adjusted for inflation.

Emergency planes dumped water over part of rural western Spain on Monday to prevent flames from reigniting from a huge wildfire that had ravaged about 30,000 hectares of land during a heatwave, the region’s environmental service said. The fire, which broke out last week during the country’s worst mid-June heatwave in over 40 years, would be the largest in terms of surface area damage over the past two decades if estimates are confirmed, according to Environment Ministry data.

The boat used by killed British journalist Dom Phillips and Brazilian indigenous expert Bruno Pereira to travel Brazil’s Amazon was found on Sunday evening, authorities said in a press statement. The speedboat was submerged about 20 meters (65 ft) deep under the Itacoai river in the Amazon rainforest in northern Brazil with the help of six sandbags, authorities said.

Zimbabwean health workers went on strike on Monday after rejecting a 100% wage hike offer last week, pressing their demand for payment in U.S. dollars as the local currency slumps.

Zimbabwe’s main nurses’ union urged the government to negotiate and warned that lives would be lost if the dispute was not resolved quickly.

Authorities in India canceled more than 500 train services on Monday because of calls for protests by young men angry with a military recruitment plan that they say will rob them of the opportunity of a career in the armed forces. Prime Minister Narendra Modi’s government last week unveiled the plan called Agnipath, or “path of fire”, aimed at bringing more people into the military on short, four-year contracts to lower the average age of India’s 1.38 million-strong armed forces.