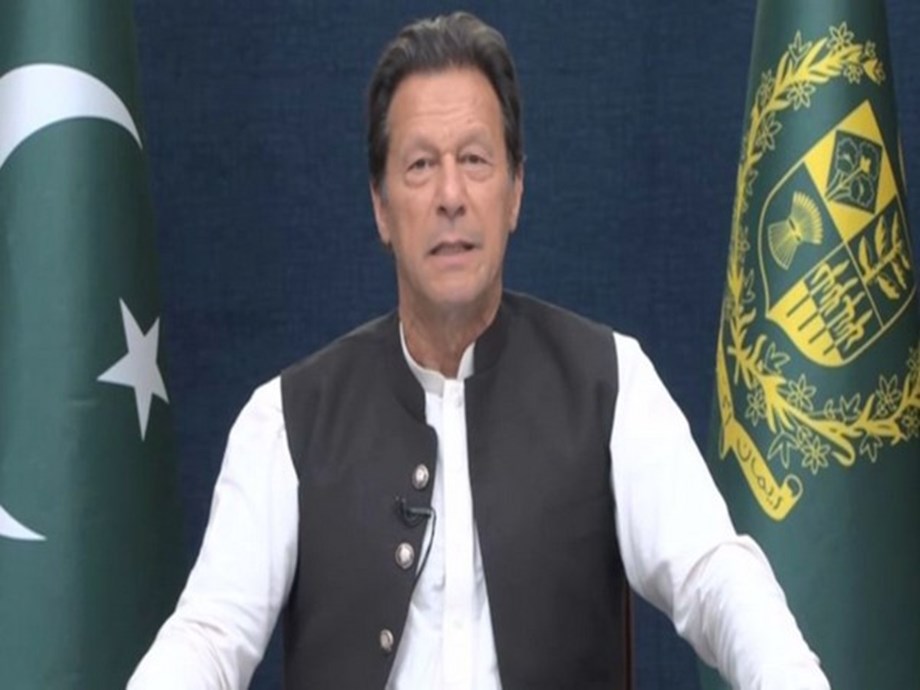 Pakistan’s top court adjourned on Monday without deciding on the legality of Prime Minister Imran Khan’s actions in blocking an opposition attempt to oust him, a move that has led to political turmoil in the nuclear-armed nation. Khan, a former cricket star, lost his majority in parliament last week as his opponents built support in advance of a vote of no-confidence that had been due on Sunday.

In France, a seized superyacht creates headaches, not just for its owner

In a quiet corner of the French Riviera, La Ciotat Shipyards said it is writing bills for mooring fees for the towering white superyacht Amore Vero, but it doesn’t know who to send them to. Customs agents seized the 86-meter (282-ft) vessel as its crew prepared to sail out of the harbor on the night of March 2, two days after the European Union added Igor Sechin, the head of Russian state oil company Rosneft, to its sanctions list for the war in Ukraine.

The United States is responsible for the pause in talks between Tehran and world powers in Vienna aimed at reviving their 2015 nuclear deal, an Iranian foreign ministry spokesperson said on Monday. “America is responsible for the halt of these talks … a deal is very much within reach,” Saeed Khatibzadeh told a weekly news conference.

The global market for nuclear missiles and bombs should surpass $126 billion within ten years, up nearly 73% from 2020 levels, according to a report by Allied Market Research on Monday, as Russian aggression in Ukraine spurs military spending. The value of the market would jump 72.6% from the Portland-based research firm’s estimate of nearly $73 billion in 2020 when COVID-19 delays and reallocation of funds to support the health crisis “severely affected” the defense sector.

Shanghai will remain under lockdown as it reviews the results of an exercise to test all of its 26 million residents for COVID-19, authorities said on Monday. The city began its two-stage lockdown on March 28, initially in Shanghai’s eastern districts, and later expanded to cover the whole city.

Hong Kong’s embattled leader Carrie Lam, who has governed the global financial hub through the unprecedented upheaval of anti-government protests and COVID-19, said on Monday that she will not seek a second five-year term of office. Lam’s announcement came as the media said Chief Secretary John Lee, Hong Kong’s second most senior official, was set to resign to join the race to replace Lam in May as the Chinese-ruled city’s next leader.

Emboldened by a fourth consecutive landslide election victory, Hungarian Prime Minister Viktor Orban is expected to dig in against energy sanctions on Russia and toughen his stance in talks with Brussels to unlock frozen EU funds. Nationalist Orban, who held on to his sweeping majority on Sunday, crushing the opposition despite efforts to unite against him, will likely continue to reject any EU sanctions on Russian oil and gas, arguing they would wreck an economy already slowing due to the impacts of the Ukraine war.

Global outrage spread on Monday at civilian killings in north Ukraine where tied bodies were shot at close range, a mass grave and other signs of executions were found in a town retaken from Russian troops, as the focus of the conflict shifted elsewhere. The destruction and civilian deaths in Bucha outside Kyiv looked set to galvanize the United States and Europe into additional sanctions against Moscow, with officials raising the prospect of restrictions on Russia’s energy exports.

Why Putin faces “more NATO” in the Arctic after Ukraine invasion

The sound of gunfire echoed around the Norwegian fjords as a row of Swedish and Finnish soldiers, positioned prone behind banks of snow, trained rifles and missile launchers on nearby hills ready for an enemy attack. The drill, in March, was the first time forces from Finland and Sweden have formed a combined brigade in a scheduled NATO exercise in Arctic Norway known as “Cold Response.” Neither country is a member of the NATO alliance. The exercise was long-planned, but Russia’s invasion of Ukraine on Feb. 24 added intensity to the war game.

Military conscripts in the Russian-backed Donbas region have been sent into front-line combat against Ukrainian troops with no training, little food and water, and inadequate weapons, six people in the separatist province told Reuters. The new accounts of untrained and ill-equipped conscripts being deployed are a fresh indication of how stretched the military resources at the Kremlin’s disposal are, over a month into a war that has seen Moscow’s forces hobbled by logistical problems and held up by fierce Ukrainian resistance.