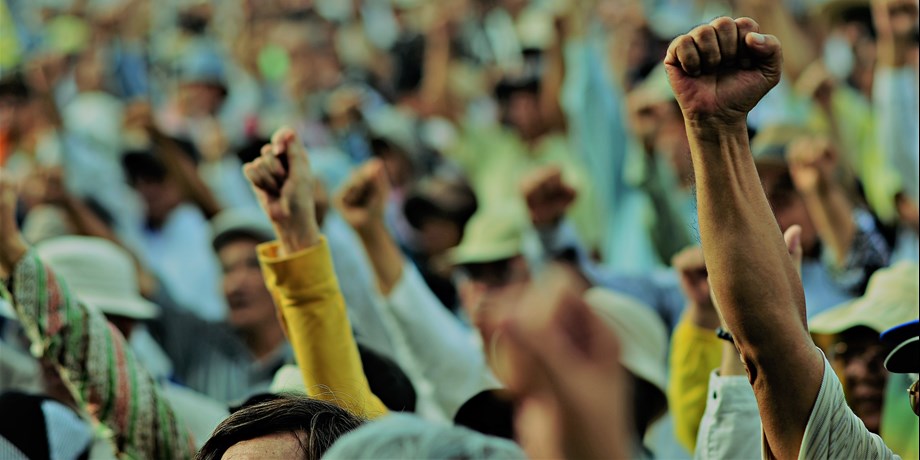 More than 1,000 people demonstrated on Saturday in Australia’s biggest cities of Sydney and Melbourne to protest against the government’s climate policies and the strategies it offered at a U.N. climate summit in Glasgow. Sydney’s first legal protest after a months-long COVID-19 lockdown saw about 1,000 people march in support of global action day for climate justice, a worldwide movement mobilised during the COP26 meeting.

Australia reached on Saturday a full inoculation rate of 80% of those aged 16 and older, which Prime Minister Scott Morrison called a “magnificent milestone” on the path to becoming one of the world’s most vaccinated countries against COVID-19. Once a champion of a COVID-zero strategy to manage the pandemic, the country of 25 million has moved towards living with the virus through extensive vaccinations, as the Delta variant has proven too infectious to suppress.

If a multi-ethnic Bosnia is pushed towards disintegration, that will inevitably have an impact on other unresolved conflicts in the Western Balkans such as that between Serbia and Kosovo, Bosnia’s peace envoy told Reuters on Saturday. German politician Christian Schmidt, who is international High Representative in Bosnia, said this week that the peace deal that ended the country’s war in the 1990s was at risk of unravelling https://www.reuters.com/world/bosnias-peace-deal-risk-unravelling-envoy-warns-un-2021-11-02 unless the international community took measures to stop Serb separatists.

Archaeologists have uncovered a room at a villa just outside Pompeii containing beds and other objects that shed light on the living conditions of slaves in the ancient Roman city buried by a volcanic eruption. The room, in an excellent state of preservation, contains three wooden beds and a series of other objects including amphorae, ceramic pitchers and a chamber pot.

Former British Prime Minister John Major on Saturday attacked fellow Conservative Boris Johnson’s handling of a corruption row, calling the conduct “shameful” and saying this could undermine his popularity. Johnson was forced to make an embarrassing U-turn after he abandoned plans pushed through parliament to protect a lawmaker found to have broken lobbying rules.

New Delhi residents woke up on Friday under a blanket of smog darkening the city, the most dangerous air pollution of the year after Diwali revellers defied – as usual – a fireworks ban during India’s annual Hindu festival of lights. New Delhi has the worst air quality of all world capitals, but even by its sorry standards Friday’s reading – the morning after the end of Diwali – was extra bad, the price for celebrating India’s biggest festival in the noisiest and smokiest way.

At least 99 people were killed and more than 100 injured in the capital of Sierra Leone late on Friday when a fuel tanker exploded following a collision, local authorities said. Fuel still appeared to be leaking from the wrecked tanker on Saturday morning as police and soldiers tried to clear large crowds of onlookers from the street, according to a Reuters reporter.

China’s state news agency Xinhua lauded President Xi Jinping on Saturday as a tireless, selfless and scholarly servant of the people, ahead of a key meeting of the ruling Communist Party that is expected to further cement his authority. Xi is “a man of determination and action, a man of profound thoughts and feelings, a man who inherited a legacy and dares to innovate, and a man who has forward-looking vision and is committed to working tirelessly,” Xinhua said.

New Zealand Prime Minister Jacinda Ardern welcomed signs from the United States of a bigger engagement in the Indo-Pacific region, saying in an interview that her government has “mature” ties with China that allow for disagreement. Ardern will host an online summit next week of leaders from the Asia-Pacific, including the United States, China and Japan, to discuss how the region can recover from the COVID-19 pandemic and the ensuing economic crisis.

Bulgaria’s centre-right GERB party leads its rivals a week ahead of the country’s third parliamentary election this year amid a prolonged political crisis, surging coronavirus infections and rising energy costs, a new opinion poll showed on Saturday. But neither GERB nor any of the other five parties expected to win seats in the new parliament is expected to win a majority, raising the prospect of tough coalition talks on forming a government in the poorest European Union member state.