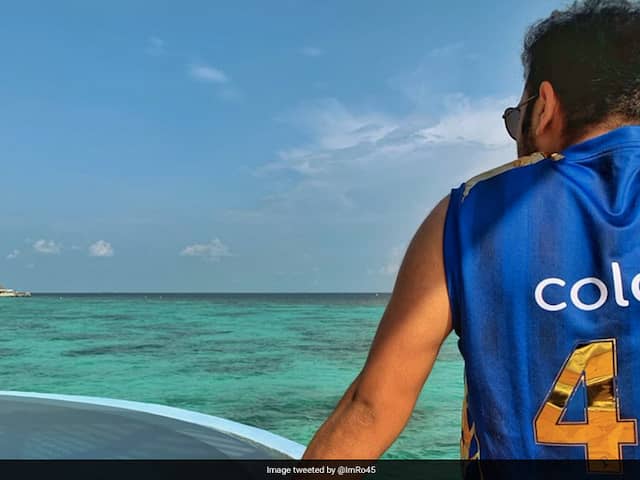 
Rohit Sharma regularly shares posts on social media related to nature and wildlife for his fans. On World Oceans Day, Rohit Sharma took to Twitter to share an old photo of himself in which the Indian opening batsman can be seen spending time near the ocean. Rohit Sharma in the caption of his tweet wrote, “Happy world ocean day. Let’s keep our ocean and life underwater nice and healthy”. Rohit Sharma often takes to social media to talk about the importance of saving the environment. World Oceans Day is celebrated on June 8 every year worldwide.

Earlier in the month, Rohit Sharma had shared a post on World Environment Day as well. Rohit Sharma is also the brand ambassador for WWF India and keeps sharing posts on his social media platforms to spread awareness about the Indian rhino as it is an endangered species.

Rohit Sharma is the vice-captain of the Indian team in One-day Internationals and T20 Internationals. The right-handed opening batsman is one of the finest players of the new ball in all three formats of the game.

Rohit Sharma made his debut for India back in 2007 against Ireland in an ODI game. Since then, Rohit has played 24 ODIs for the country and has scored 9,115 runs with an average of 49.27. He is the only batsman in the history of the game to score three double centuries in ODI cricket.