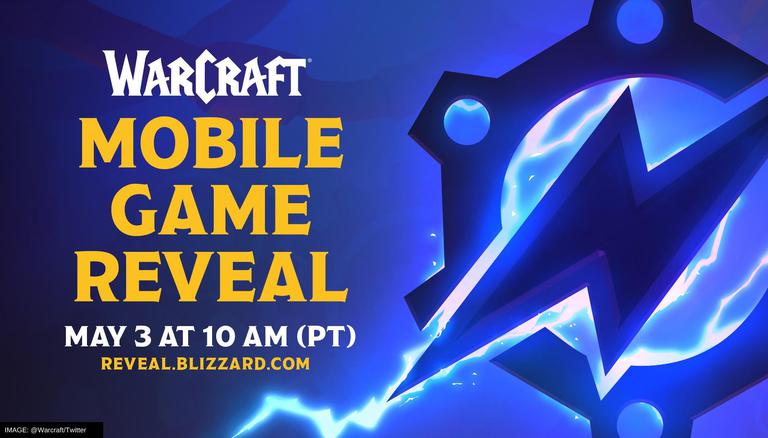 The official website of the game says “The Warcraft universe continues to capture imaginations across the globe with enlightening experiences and immersive gameplay, that is the foundation for World of Warcraft and Hearthstone.” Adding to it, the blog post reads “we are happy to present a new mobile game for the heroes of Azeroth looking to play on the go, and we can’t wait to get it into your hands.”

Where to watch the World of Warcraft mobile reveal?

Those who are interested in attending the launch event of the game should visit https://reveal.blizzard.com/en-us/ on May 3 at 10:00 AM PDT (10:30 PM IST). While no other information is available as of now, it should surface in the next two days. The tweet and the website do reveal a lightning bolt image that might be used as a mascot for the game at multiple venues. Additionally, the logo of the game has also been revealed.

Apart from this, the developers have also announced that Diablo will debut on Android and iOS on June 2, 2022. The official website of the game says “Battle against ancient evils and discover the untold story between Diablo II and Diablo III in this all-new massively multiplayer online action RPG, built for mobile and now also coming to Open Beta on PC.”

Here is a word about the storyline of the game published on the site “the Archangel Tyrael is presumed dead, and mankind is left to deal with the aftermath of his actions. Fragments of the shattered Worldstone, still embued with great power, are tainting the land. Diablo’s minions hope to harness that power to allow the Lord of Terror to return.” Stay tuned for more updates released to Blizzard Entertainment and other gaming news.