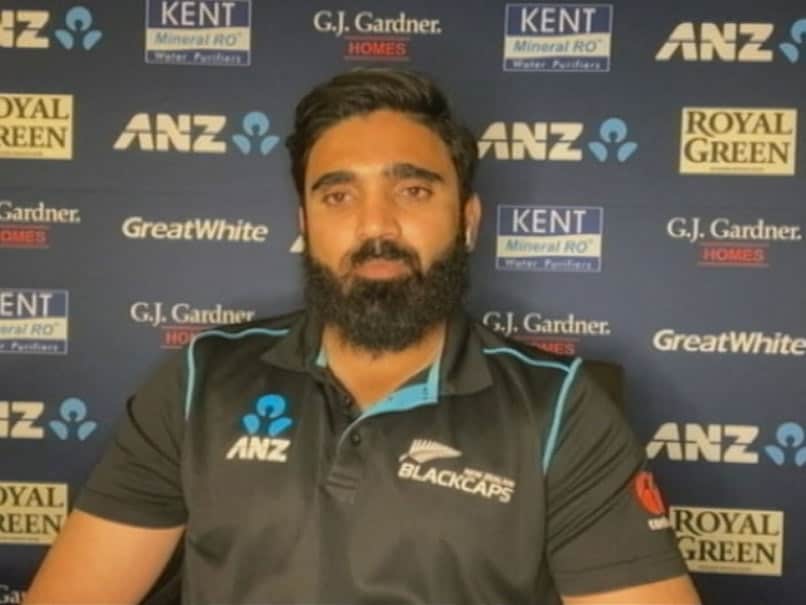 Ajaz Patel spoke on his aspirations to play in the Indian Premier League.© NDTV

New Zealand spinner Ajaz Patel on Tuesday said that he “would love to play in the Indian Premier League” if an opportunity comes knocking on his door. In an exclusive chat with NDTV, the off-spinner spoke about his aspirations of playing in the cash-rich League, saying it would be a “privilege” to participate in IPL in India. “Yeah, hopefully if the opportunity presents itself, I would love to play in the IPL [Indian Premier League] in India,” the left-arm orthodox spinner told NDTV.

Ajaz also heaped praise on the quality of the league and what it meant for cricket fans around the world.

“It’s an amazing tournament. Everyone follows it really closely and it brings a lot of cheers and thrills around the world. So, it’s a great tournament and I will be privileged it the opportunity came,” he added.

Ajaz became the talk of the town when he took all 10 Indian wickets in the first innings of the second Test match at the Wankhede Stadium in Mumbai.

With this feat, he joined an elite list of cricketers to have taken a perfect 10.

In 1956, England spinner Jim Laker tormented the Australian team in The Ashes with 10 wickets in an innings to become the first player to achieve the feat.

Indian spinner Anil Kumble joined Laker with an epic 10-wicket haul in an innings in the Delhi Test against Pakistan in 1999.

Ajaz’s phenomenal feat ended in a losing cause as New Zealand went down by 372 runs and lost the two-match series 0-1 to India.