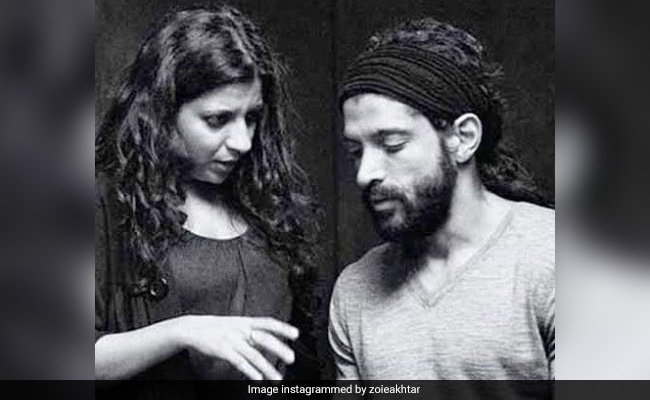 On Sunday, Farhan Akhtar turned 48-year-old. On the occasion of his birthday, Director-producer Zoya Akhtar and sister of Farhan Akhtar shared a throwback picture, where she wished the actor. Sharing a black and white photograph that features herself in a conversation with Farhan, Zoya wrote: “Listen To Me, This Is Going To Be The Best Year Of Your Life.” She also added hashtags like #happybirthday, #bestbirthdayever, #bestboyever and #iloveyou in her caption. Reacting to the post, Hrithik Roshan wrote: “It is it is it is !!” Farhan Akhtar’s girlfriend and model Shibani Dandekar also commented “IT IS! Go get em F!” in her post.

The sister-brother has worked together in many films like Dil Dhadakne Do, Zindagi Na Milegi Dobara, and Luck By Chance. Zoya and Farhan will soon start the shooting schedule of one of the most anticipated films Jee Le Zaraa, the storyline of the film revolves around a road trip. The film features Priyanka Chopra, Alia Bhatt and Katrina Kaif in the lead roles. Jee Le Zaraa will mark Farhan’s entry back to the director’s chair. Apart from donning the director’s hat, he has also written the script with Zoya and Reema Kagti. The film is et to release in 2022.

In terms of work, Farhan Akhtar was last seen in Toofaan. His upcoming projects include Angry Young Men, Phone Bhoot, Kho Gaye Hum Kahan, Yudhra among more. The actor is also reported to get married to his girlfriend Shibani Dandekar later this year.