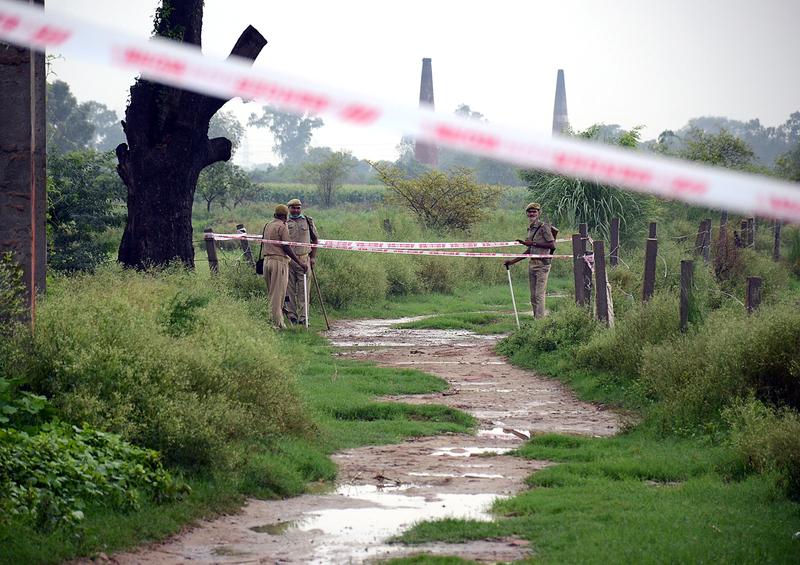 LUCKNOW, India (Reuters) – Police shot dead on Friday a man who had been accused of ordering the killing of eight policemen when he tried to flee from officers who had taken him into custody after he surrendered, officials said.

Vikas Dubey, who was on the run for over a week after he allegedly ordered the eight policemen killed, was shot dead in Uttar Pradesh (UP) after an accident as he was being taken to detention.

“We were bringing Dubey to the prison when a car he was in overturned … we had to shoot him because he stole a policeman’s gun and tried to flee,” said a senior police official in the state capital of Lucknow.

Dubey had been accused in 60 criminal cases, of various offences including attempted murder, and talk of his links with police and politicians has been dominating headlines ever since the shootout last week in which the eight police were killed and seven wounded.

Two of Dubey’s aides were killed in last week’s violence and a police officer posted near Dubey’s village was arrested over allegations that he helped him flee.

With a population of more than 200 million, UP is India’s most populous state. It has long been plagued crime and corruption.