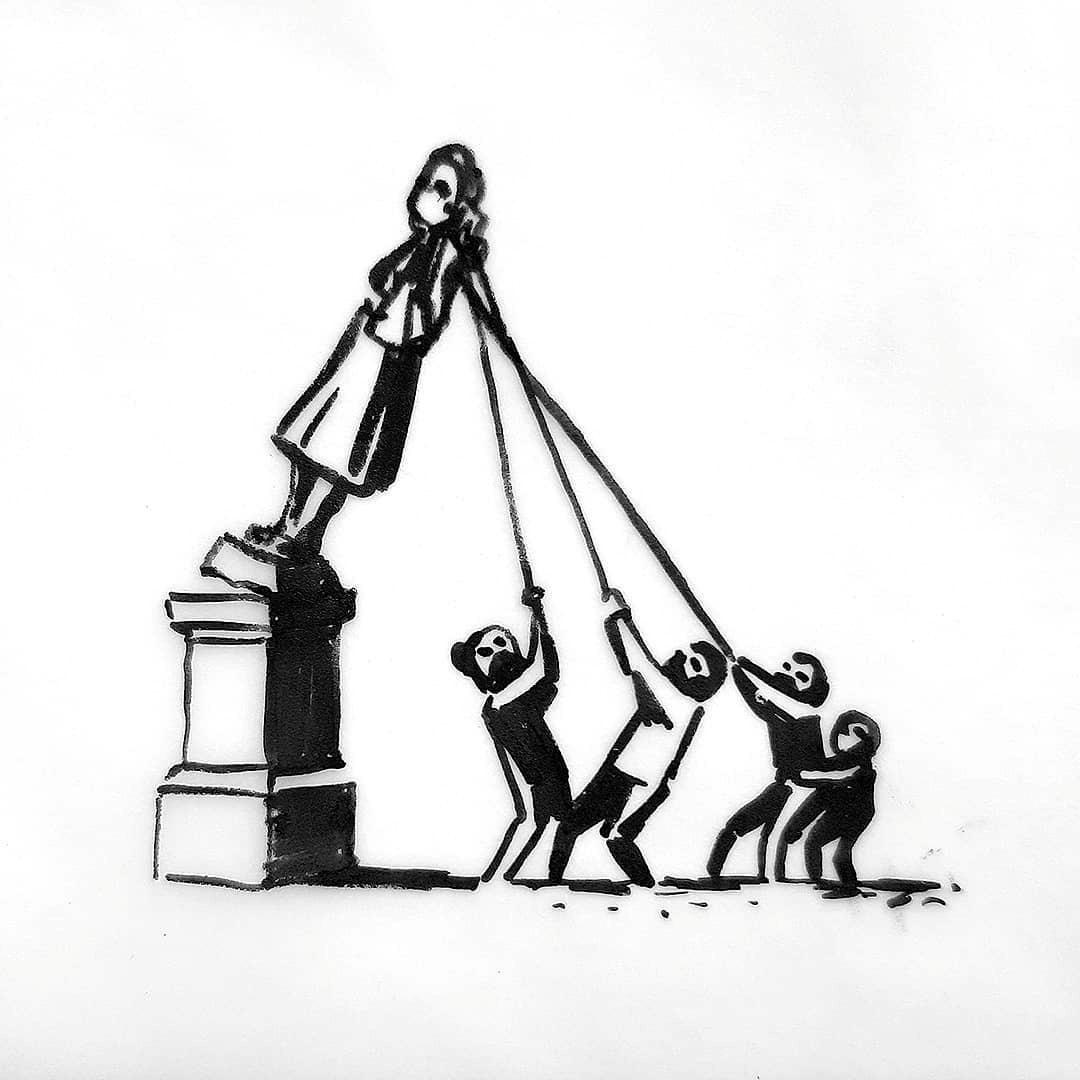 An artwork by Banksy is seen in this image obtained from his Instagram account on June 9, 2020. Instagram/@banksy via REUTERS THIS IMAGE HAS BEEN SUPPLIED BY A THIRD PARTY. MANDATORY CREDIT. NO RESALES. NO ARCHIVES.

LONDON (Reuters) – The toppling of a statue of a 17th century slave trader in the English port city of Bristol was hailed by some as a long-overdue reckoning with Britain’s imperalist past and denounced by others as a criminal act.

Now one of Bristol’s most influential figures, the secretive street artist Banksy, has proposed a new presentation of the statue of Edward Colston that he said would capture the drama and the debate.

In scenes broadcast around the world, anti-racism protesters taking part in the global Black Lives Matter movement tore down the statue on Sunday and threw it into Bristol harbor.

“Here’s an idea that caters for both those who miss the Colston statue and those who don’t,” Banksy said on Instagram.

“We drag him out the water, put him back on the plinth, tie cable round his neck and commission some life-size bronze statues of protesters in the act of pulling him down. Everyone happy. A famous day commemorated.”

Colston made a fortune in the transatlantic slave trade, and later donated to a range of charitable causes in Bristol. Several streets and buildings in the city bear his name.

Known for witty artworks that often make powerful points on world affairs, Banksy had already reacted to the event that triggered the global protests, the death of black American George Floyd after a white police officer knelt on his neck.

Banksy published an artwork on Saturday depicting the United States flag being set alight by a candle that forms part of a memorial to an anonymous, black, silhouetted figure.