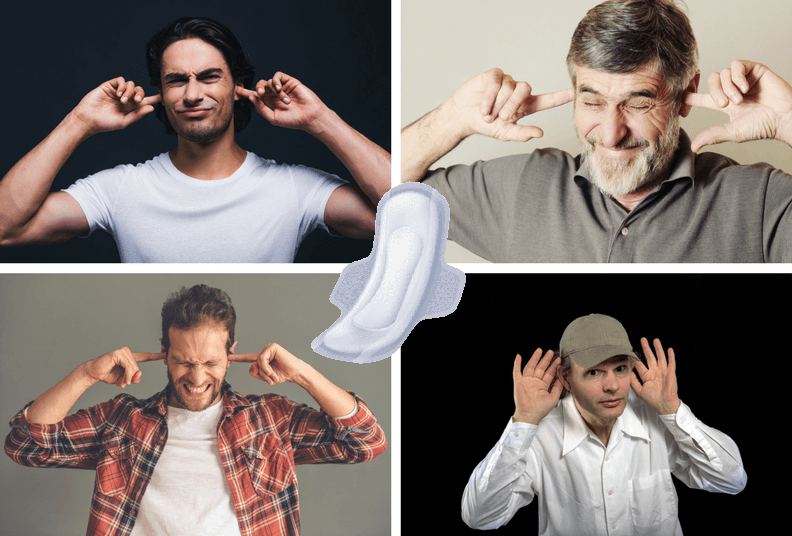 It was difficult and it has always been. Introducing & explaining Menstruation to Men.

They have always been in an idea that periods are a mystery that no one needs to talk about, ask about or even take any interest in. No matter if they have grown up around menstruating females in their homes or outside. Man, even if have the basic information, imparted to them during their biology classes, hardly get to know the real deal. They hardly get to know or understand menstruation being a basic metabolic activity and its various important aspects.

Now the question to ponder upon is, how can the basics of human body become a matter of mystery for most of us. And asked to kept hidden as a bad omen or mystery that no one ever cared to question. It took me years of observation, conversations and embarrassments to figure out certain reasons behind “Why men turn a blind eye to Periods?”.

As human we have a social tendency to judge and question people for what they are, without even caring to understand what made them so. And this is what we would be considering as we move ahead to understand what could have been the basic reasons, that Periods remain a mystery to a lot of men.

Procreation, the very concept of it has been considered to be pure and pious in almost every religion & every part of the world. But not sure if the sexuality and human body is also accepted under the same light. Its unfortunate that we as people celebrate the result but treat the process as a shame. Menstruation, being one the importance steps in that process is taken the same.

Because of the whole confused idea of acceptance and ignorance, as an early child we are kept away from understanding and accepting the difference of genders. Not only biologically but also socially. We are taught to turn a blind eye on the difference of genders, their issues, their strengths etc. We grown with a lot of confusions, wrong beliefs and misguided information. We are hardly fed us with the knowledge the way it was supposed to be imparted to us. And we gather all the information in bits and pieces as per our own understanding.

And this is exactly what happens with Men and Menstruation. They are barely given the idea about woman’s body in a right manner, they gather information from various misleading sources, make up a bit of their own, pass on to the peers and end up knowing constructive about a sensitive issue like Periods. As a result of which, when required to support a woman during a difficult situation, they either going confused or turn a blind eye so as to not feel embarrassed or ruin it further.

There have been a lot of cases that I have personally come across when I have seen men avoiding this situation just because they lacked the confidence to deal with it or provide a proper solution to it. But my question is, does this helps!? Will ignorance be a bliss in this case? I guess not. Because we live in a society and we have genders of all sorts and with their own metabolism. Its high time we educate ourselves well and start accepting us, our bodies and matters related to it normally.

What do you think!!!