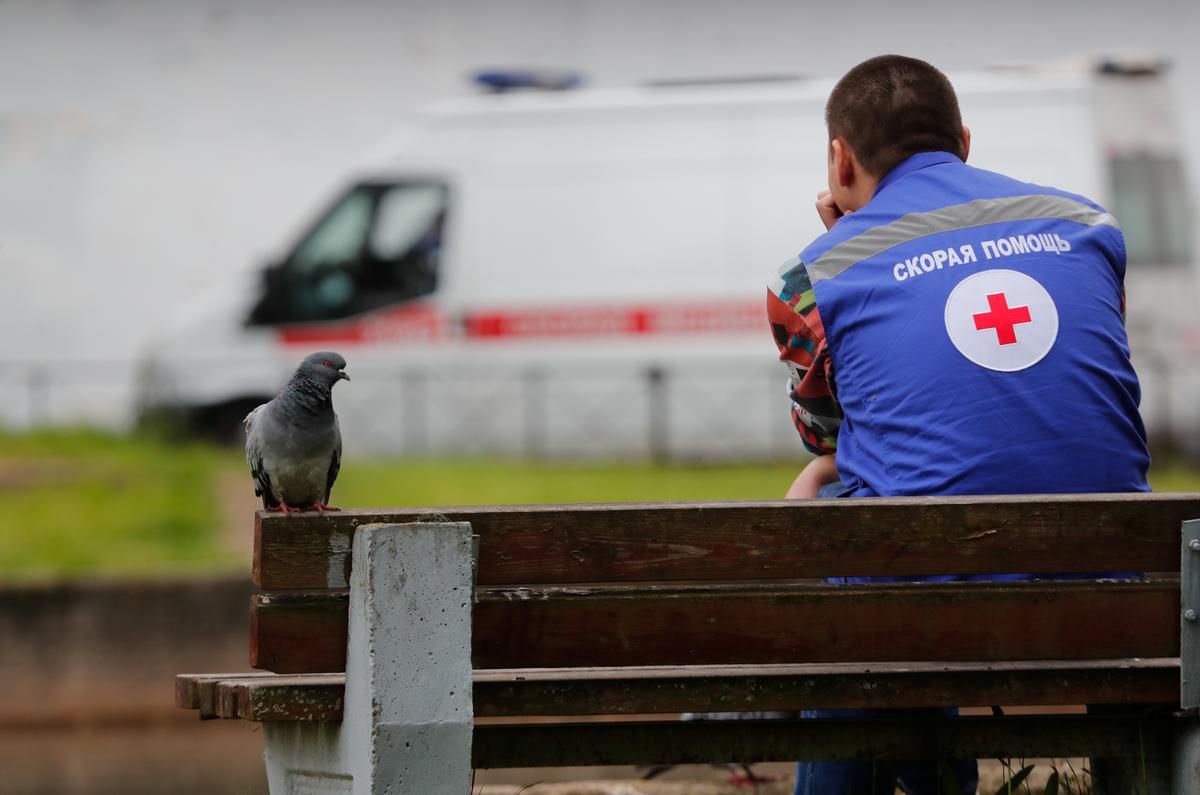 FILE PHOTO: A pigeon sits next to a medical specialist resting on a bench at the territory of Aleksandrovskaya hospital, amid the outbreak of the coronavirus disease (COVID-19) in Saint Petersburg, Russia June 5, 2020. REUTERS/Anton Vaganov

MOSCOW (Reuters) – Russians needing to work, study or care for relatives abroad are to be allowed to resume international travel for the first time since late March, Prime Minister Mikhail Mishustin said on Monday, announcing some coronavirus restrictions would be eased.

The city of Moscow will also roll back curbs imposed over the virus from Tuesday, including cancelling a digital pass system for residents and a self-isolation regime, the TASS news agency reported separately.

Muscovites will be able to go out for walks whenever they want from Tuesday, TASS said, and restaurants and cafes in the Russian capital will be allowed to open their summer verandas from June 16.

Russia continues to report thousands of new infections daily, with its nationwide tally now at 476,658, the third-highest in the world, but the number of cases in Moscow, the original epicentre of the virus, has fallen sharply.

“A government decree was signed, which will give Russian citizens the opportunity to leave the country, in order to care for sick relatives living in other countries, as well as those travelling for work or study,” Mishustin said in a televised meeting.

People requiring medical care abroad will also be eligible to travel, Mishustin said, adding that foreign citizens needing treatment in Russia, or those with close relatives or guardians needing care could enter the country.

Russia closed its borders on March 30, after grounding all international flights and asking citizens to stay at home to limit the spread of the coronavirus.